What is Jenna Marbles' net worth?

Jenna Marbles is an American YouTube personality, vlogger, and comedian, who has a net worth of $8 million. She was born in Rochester, New York and now resides in Los Angeles.

Jenna Nicole Mourey—now known professionally as Jenna Marbles—was born on September 15, 1986, in Rochester, New York. Her father is a successful chemist and she has one older brother.

Marbles attended Brighton High School and graduated from Suffolk University with a B.S. in psychology. She then went on to earn a master's degree in sports psychology and counseling from Boston University.

Upon graduating, she lived in a three-bedroom apartment in Cambridge, Massachusetts. In order to make a living, she worked as a bartender, a receptionist at a tanning salon, and was a go-go-dancer at nightclubs.

She launched her YouTube channel in 2010. The first video she posted is entitled "Charles Franklin Marbles is a Sad Sad Man." (As of March 2020, the 10-year-old video has received 2.1 million views.) She also began working for Barstool Sports that same year. She wrote for the site's female-targeted branch, StoolLaLa, for one year, and left the company in 2011. 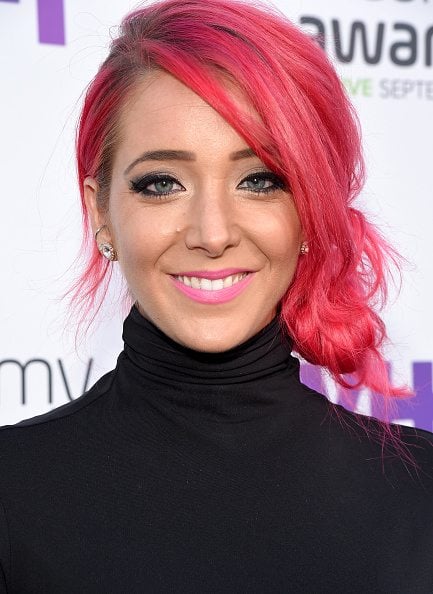 Marbles gained national attention in 2010 when she posted a YouTube video entitled, "How to Trick People Into Thinking You're Good Looking." The video became a hit and received over 5.3 million views in its first week. Her video 2011 "How to Avoid Talking to People You Don't Want To Talk To" was then featured in The New York Times and ABC News.

Aside from her YouTube success, Marbles played Eve in the season 2 "Adam vs. Eve" episode of Epic Rap Battles of History. Marbles also made an appearance on episode 9, season 4 of the MTV show, Ridiculousness, and she appeared as herself in the 2015 movie Smoosh: The Movie.

Marbles has received a number of awards nominations for her work, and in 2014 she won the Viral Superstar accolade at the Young Hollywood Awards. She also won a Streamy Award in the YouTube Ensemble category in 2017. In 2018, she was nominated for Creator of the Decade at the Shorty Awards.

In addition to her comedy and blogging ventures, Marbles produced a brand of dog toys called Kermie Worm & Mr. Marbles, inspired by her own dogs. She also created and sold a line of items with some of her most memorable quotes emblazoned on them.

In 2015, Madame Tussauds unveiled a wax figure of Marbles posing for a selfie—making her the very first social media star to be commemorated at the New York City museum.

Marbles hosts a weekly pop countdown on SiriusXM Hits 1, called "YouTube 15." She was also an executive producer for the 2016 thriller/fantasy film Maximum Ride. The movie is based on James Patterson's series of novels of the same name.

As of September 2019, Marbles' YouTube channel has roughly 30 million subscribers and approximately 3.3 billion video views. Additionally, at press time, it is the 86th most subscribed channel on YouTube and the eighth-most-popular channel operated by a woman. 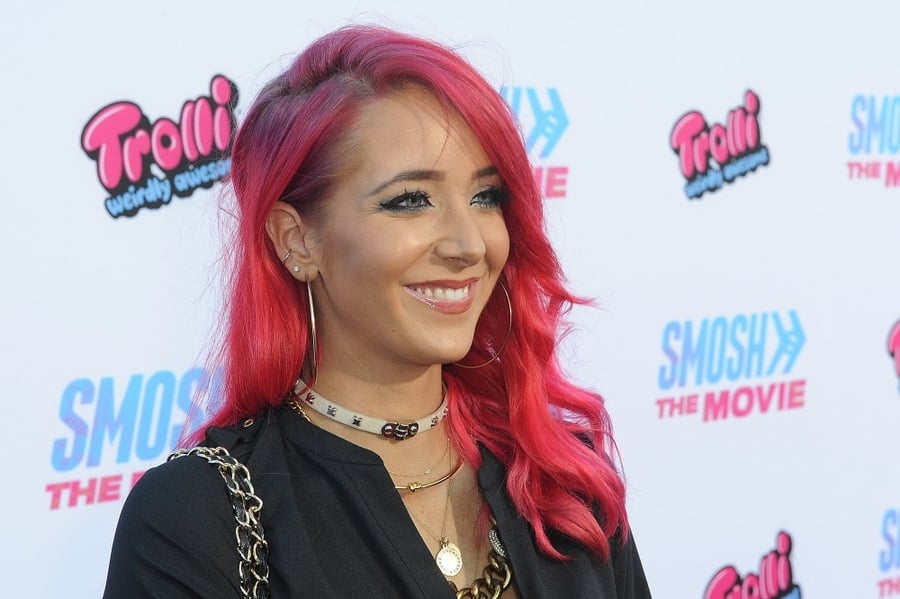 When Marbles's YouTube endeavors first began to go viral, her then-unemployed mother complained that searching their last name, Mourey, via Google only yielded Marbles' videos, and she was concerned that the content would hinder her job search. It was at this point that Marbles decided to assume the pseudonym "Jenna Marbles," which comes from her dog's name, Mr. Marbles.

Marbles has been in a relationship with fellow YouTuber Julien Solomita since 2013. The couple has been producing a weekly podcast called The Jenna Julien Podcast, formerly The Jenna and Julien Podcast, since 2014. The podcast, which has 922,000 subscribers at the time of writing, discusses topics such as culture, sports, growing up, conspiracy theories. They sometimes feature guests, like YouTube star Shane Dawson, on the podcast, too.

Marbles and Solomita live together and have four dogs: a Chihuahua, Mr. Marbles; and three Italian Greyhounds named Kermit, Peach, and Bunny. The couple adopted Bunny through Greysave, a non-profit organization that focuses specifically on Greyhounds, in 2019.

Jenna Marbles became a first-time homeowner in May 2018 when she purchased a residence in Sherman Oaks, California for $2.85 million. The 5,093-square-foot spec home has five bedrooms and six bathrooms and is situated at the end of a quiet cul-de-sac. She posted a video tour of the property, where she lives with Solomita, on her YouTube channel. The video garnered 3.2 million views in the first two weeks.

Prior to buying, she rented a house in Santa Monica that was worth $1.1 million at the time, and then moved to the San Fernando Valley in October 2014, where she rented another home.