Jeffrey Lurie Net Worth: Jeffrey Lurie is the owner of the Philadelphia Eagles of the National Football League who has a net worth of $2 billion dollars. Jeffrey Lurie was born into wealth on September 8, 1951 in Boston, Massachusetts. His grandfather Philip Smith founded the General Cinema movie theater chain, which, when Lurie was growing up, was a $3.7 billion company. Lurie earned a B.A. from Clark University, a Master's degree in psychology from Boston University and a PhD in social policy from Brandeis University, where he wrote his thesis on the depiction of women in Hollywood movies. Prior to entering business, Lurie served as an adjunct assistant professor of social policy at Boston University. In 1983 he left academia to join General Cinema Corporation and in 1985 founded Chestnut Hill Productions in which produced a string of unsuccessful films and television series. Then, in 2011, the Lurie-produced movie "Inside Job" won an Academy Award for best documentary film. A life-long sports fan, Lurie wanted to buy the New England Patriots and Los Angeles Rams but those deals did not happen. In 1994, Lurie bought the Philadelphia Eagles for $195 million. Lurie borrowed an estimated $190 million from the Bank of Boston to buy the Eagles. The team is now worth $1.3 billion. 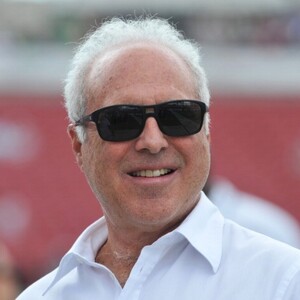