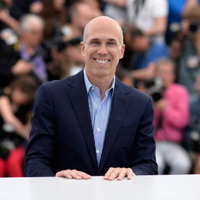 What is Jeffrey Katzenberg's Net Worth and Salary?

Jeffrey Katzenberg is an American businessman and film producer who has a net worth of $900 million. He is the former CEO of DreamWorks Animation and a former chairman of the Walt Disney Company. In 2018 he founded the short-form video service Quibi.

Katzenberg has long-been one of the highest-paid producers in Hollywood thanks primarily to a string of box office smash hits during his time at Disney. His biggest career payday in 2016 when he, Steven Spielberg and David Geffen sold Dreamworks Studios to Comcast for $3.8 billion. Katzenberg personal earned $420 million from the sale.

Jeffrey Katzenberg was born on December 21, 1950, in New York City. His mother, Anne, was an artist, and his father, Walter, was a stockbroker. He graduated from the Ethical Culture Fieldston School in 1969.

Katzenberg began his career in the world of entertainment when he landed the job of assistant to producer David Picker. He moved up the ladder when he became an assistant to Barry Diller, the chairman of Paramount Pictures, in 1974. Diller went on to transfer Katzenberg to Paramount Pictures' marketing department, as well as other assignments within the studio. Then, in the late 1970s, Katzenberg was assigned to the project to revive the "Star Trek" franchise. His ascent up the ladder at Paramount Pictures continued, and he was able to work his way up to become the president of production at Paramount under the studio's president, Michael Eisner.

In 1984, Eisner became the chief executive officer (CEO) of The Walt Disney Company, and he took Katzenberg along with him. He placed Katzenberg in charge of Disney's motion picture division, where he was responsible for reviving the studio; at the time, the studio ranked last among major studios at the box office. Katzenberg refocused the studio's efforts on producing adult-oriented comedies like "Down and Out in Beverly Hills" (1986), "Three Men and a Baby" (1987), and "Good Morning, Vietnam" (1987). His efforts paid off, and by 1987 Disney had risen to the top to become the No. 1 studio at the box office.

During the 1980s and early 1990s, Katzenberg also was involved in various other ventures at Disney. For example, he oversaw the Touchstone Television division that produced hit television shows like "Golden Girls" and "Home Improvement". He also took over the struggling Feature Animation unit, and under his direction the unit became to improve. Eventually, the animation unit went on to create some of Disney's most successful and critically acclaimed animated features like "Who Framed Roger Rabbit" (1988), "The Little mermaid" (1989), "Beauty and the Beast" (1991), "Aladdin" (1992), and "The Lion King" (1994).

As Katzenberg rose up the ranks at Disney, tensions developed between him, Roy E. Disney (Walt Disney's nephew), and Eisner. In particular, Katzenberg had lobbied to become Eisner's second in command, a move which would have forced Frank Wells to move from the position of president to vice chairman; Eisner and Disney were both opposed to this move. Eventually, the tensions escalated, and Katzenberg was forced to resign in October 1994. His former Disney boss Michael Eisner attempted to withhold a large guaranteed severance. A lawsuit ensued and Katzenberg ultimately received a $70 million settlement.

After leaving Disney, in late 1994 Katzenberg partnered with Steven Spielberg and David Geffen to found the studio DreamWorks SKG. Katzenberg was in charge of animation operations, and also worked as an executive producer on many popular DreamWorks animated feature films, including "The Prince of Egypt" (1998), "The Road to El Dorado" (2000), "Joseph: King of Dreams" (2000), "Shrek" (2001), "Spirit: Stallion of the Cimarron" (2002), and "Shrek 2" (2004). Following a $125 million loss on the film "Sinbad: Legend of the Seven Seas" (2003), which was animated in the traditional way, Katzenberg was a major figure behind the transition of the studio from traditional animation methods to computer-generated animation. In 2016, Katzenberg, Spielberg and Geffen sold Dreamworks to Comcast-Universal for $3.8 billion. His personal cut of the sale was $420 million.

In late 2018, Katzenberg announced his latest project, the video streaming platform Quibi. He created the platform in partnership with Meg Whitman, the former CEO of eBay, who became Quibi's first employee when she was hired as the company's CEO. The company raised $1 billion in funding in 2018 from various investors, including The Walt Disney Company, 21st Century Fox, NBCUniversal, Sony Pictures, Time Warner, Viacom, Lionsgate, MGM, Goldman Sachs, JPMorgan Chase, Alibaba Group, and ITV. Quibi officially launched in the United States and Canada on April 6, 2020. That same day, an ad-free version became available in the United Kingdom, Australia, and Germany. 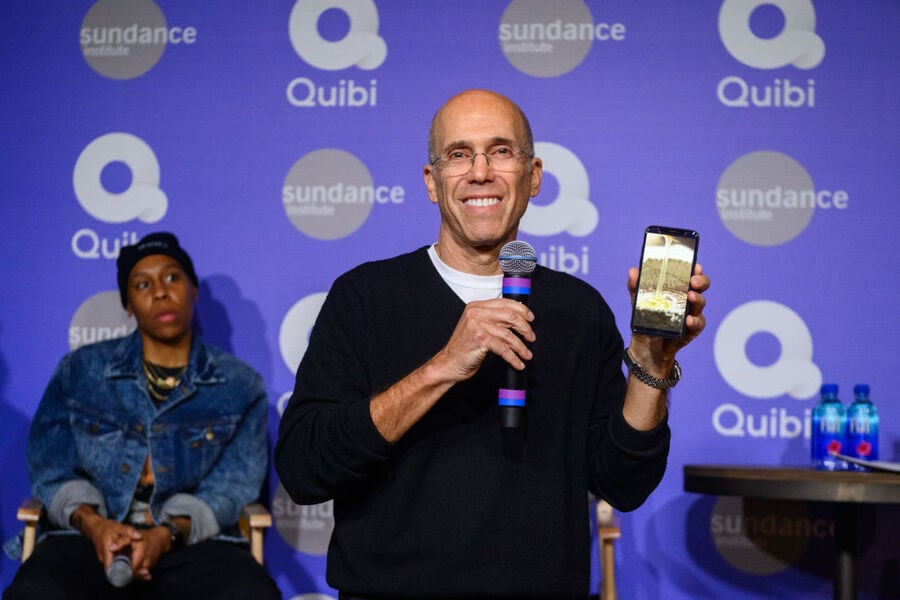 In 1975, Katzenberg married kindergarten teacher Marilyn Siegel. Together, they have two children, Laura and David. Their son David is a television producer and director. Together, Katzenberg and his wife have been very active in philanthropic endeavors and projects. For example, some of their donations include the multimillion-dollar Katzenberg Center at Boston University's College of General Studies, and the Marilyn and Jeffrey Katzenberg Center for Animation at the University of Southern California.

In addition to his charitable contributions, Katzenberg is also active in political circles. He had reportedly donated over $3.5 million in political contributions since 1979. Of that $3.5 million, 33% went to Democrats, 66% went to special interest groups without party affiliations, and less than 1% went to Republicans. He is a longtime supporter of Barack Obama, since at least 2004, and openly pledge his support to Obama in 2006 should he decide to run for president. Since them, during both of Obama's presidential campaigns, Katzenberg actively helped contribute to the campaigns by organizing various fundraisers, including a fundraiser at the home of actor George Clooney in 2012 that reportedly raised $15 million.

In 2010 Jeffrey paid $35 million for a 6+ acre estate in Beverly Hills. He razed the previous structure and custom built what is rumored to be an incredible mansion. I say "rumored" because as of this writing it has never been photographed. If it were to come on the market, this home would likely be worth $50 – 70 million. He also owns a 10,000 square-foot compound on the most-exclusive beach in Malibu, Carbon Beach, which sits on 150 feet of sand. Similar nearby homes have literally sold for $100 million.

In 2019 he sold a ski chalet in Park City, Utah for $11.6 million, after initially listing it for $20 million. He also previously owned a different mansion in Beverly Hills which he sold for $9.5 million.