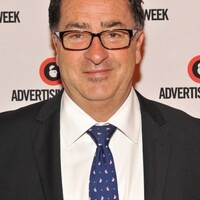 Jeff Valdez net worth: Jeff Valdez is an American producer, writer, and studio executive who has a net worth of $20 million. Jeff Valdez was born in Pueblo, Colorado in January 1956. He is credited with creating the television category of Latino Programming in English. He created the TV series Urban Jungle in 2003 and wrote the TV series The Brothers Garcia from 2000 to 2004. He created Valdez Productions and has also written, produced, or directed shows or films for companies like Disney, Showtime, Galavision, NBC, and Nickelodeon. Valdez co-founded Si TV in 2003. He became the Chairman of Quepasa Corp. in 2007. The same year Valdez co-founded and created Maya Entertainment. He was named on CNN's Top 50 People Who Matter and was named one of the Top 10 Players in the U.S. Hispanic Media Market. Valdez was appointed by President Bill Clinton to the Advisory Committee on the Arts of the Kennedy Center. In 2002 he was nominated for a Humanitas Prize for Children's Live-Action Category for The Brothers Garcia.