Jeff Pope net worth: Jeff Pope is a British television producer and screenwriter who has a net worth of $3 million. He is best known for co-writing the film Pierrepoint: The Last Hangman, Dirty Filthy Love and the television drama The Fattest Man in Britain. He won a BAFTA in 2006 for the drama See No Evil: The Moors Murders and is also the Head of ITV Productions Factual Drama.

Pope's first media job was as a reporter for the Ealing Gazette. He joined London Weekend Television in 1973 as a Researcher in Current Affairs. In 1996, Pope was appointed Head of Factual Drama at LWT before moving to Granada Television in the same role. Among Pope's television writing credits are Fool's Gold: The Story of the Brink's-Mat Robbery, The Place of the Dead, Essex Boys, Bob Martin, Dirty Filthy Love, Christmas Lights, Pierrepoint, Northern Lights, City Lights, and The Fattest Man in Britain. In addition to winning a BAFTA for the television drama See No Evil: The Moors Murders in 2007, Pope was also nominated in 2001 for My Beautiful Son, and again in 2004 for Dirty Filthy Love. Pope and Steve Coogan were also nominated for an Academy Award and a Golden Globe award for the film Philomena starring Judi Dench. Jeff Pope lives in Brentwood in Essex with his wife and children. 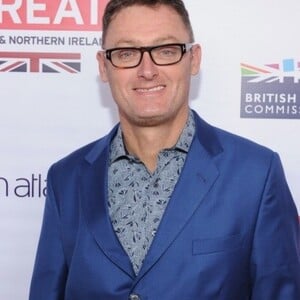