What is Jeff Franklin's Net Worth and Salary?

Jeff Franklin is an American television producer, writer and film director who has a net worth of $200 million. Franklin earned the majority of his fortune as the creator of the long-running TV series "Full House." Aside from Full House, he is responsible for hundreds of quality television and motion pictures. Jeff also created and executive produced "Hangin' with Mr. Cooper." Both shows, but primarily Full House, have been syndicated worldwide and have earned billions of dollars in revenue.

Jeff Franklin was born on January 21, 1955 in Inglewood, California. He moved to back to his hometown in Los Angeles after graduating from the University of the Pacific in 1976. Upon moving back to LA he worked as a substitute teacher while taking media production classes at UCLA.

In the early 1980s, Jeff landed a job as a writer/producer on "Laverne & Shirley." During this period he also wrote and produced for "Bosom Buddies."

In his free time he developed an idea for a sitcom that was originally meant to revolve around three comics living in a house together. After learning that ABC was in the market for a family friendly sitcom, he re-worked his idea to be what eventually became "Full House."

ABC liked the concept and ordered a pilot. To produce a pilot Jeff formed Jeff Franklin Productions. He also reached out to his former bosses at "Bosom Buddies," Thomas L. Miller and Robert L. Boyett, who agreed to co-produce through their company Miller-Boyett Productions.

Full House premiered on September 22, 1987. And though it was never a critical hit, the show was an audience favorite thanks to its seven main-cast stars, all of whom remained with the show for the entire run. Full House aired 192 episodes over eight seasons, ending its initial run on May 23, 1995.

After its initial run ended, Full House became a surprise smash-hit in syndication. Perhaps it was the show's easy-to-grasp, G-Rated plot lines that allowed it to be popular not just in the United States syndication markets, but globally. Through largely to syndication, the show's main cast members became superstars and Jeff Franklin became super rich. As of this writing, Full House has generated several billion dollars in syndication royalties. As the owner of a reported 20% of the show's backend equity, Jeff has personally earned hundreds of millions of dollars from the show. 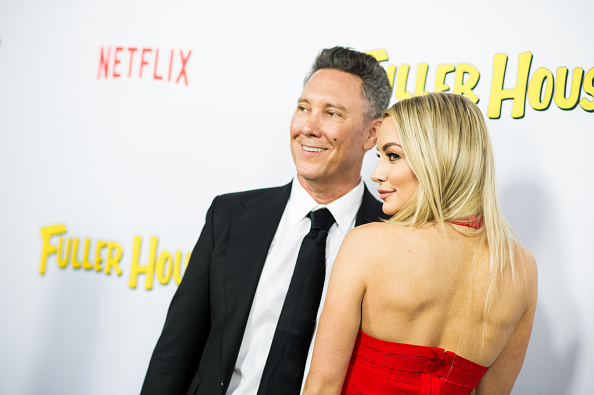 In February 2016, a rebooted version of the show titled "Fuller House" premiered to great acclaim on Netflix. The reboot produced a total of five seasons through its conclusion in June 2020.

After Full House ended, Jeff debuted a new family-friendly sitcom with ABC titled "Hangin' with Mr. Cooper" which started Mark Curry. This show ran 101 episodes over five seasons and also became a success in syndication, though on a much smaller scale.

Jeff produced and wrote two hit teen comedies—Paramount's "Summer School" (1987) and Columbia's "Just One of the Guys" (1985). In 1999, he produced, wrote and directed the independently released dark comedy "Love Stinks" (1999), which became a cult classic and enjoyed tremendous success and profitability when released on DVD.

Over the years Jeff Franklin has bought, renovated and sold a number of impressive mansions.

In 1988 he paid $1.9 million for a property in the Hollywood Hills. He poured millions into renovation and new construction costs. He listed the home for sale for the first time in 2015 for $38 million. He ultimately accepted $20.2 million in November 2016. Here's a video tour of this property from the time of the sale:

In 1994 Jeff paid a little over $6 million for a home with a notorious and macabre history. He bought an LA mansion on Cielo Drive which was the site of the Manson Family's most-brutal murder. Formerly addressed as 10050 Cielo Drive, this property was the site of where actress Sharon Tate and several companions were murdered in a horrific fashion in 1969. Not long before his purchase, the home was rented for a period by Trent Reznor while he recorded a Nine Inch Nails album. The structure that existed in the late 1960s was demolished in between the time of Reznor's rental and Franklin's purchase.

Upon acquiring the property, Franklin demolished a partially completed new structure. He the spent many millions of dollars and nearly a decade constructing what became a 21,000 square-foot Andalusian-style mansion that features nine bedrooms, 18 bathrooms, a movie theater, gym, hair salon and more. The property, which covers 3.6 acres, has a private grotto in the pool, lazy river, koi pond, shark tank and 35-foot water slide.

In December 2016 Jeff paid $4 million for the Victorian home in San Francisco that served as the exterior backdrop of the fictional "Tanner" family home during Full House. In the 1980s, the Full House production paid the owners at the time around $500 to collect various shots of the property for air, a move that instantly catapulted the San Francisco home into the spotlight.

In June 2021 Jeff Franklin paid $35 million for an undeveloped plot of land in Miami. He then acquired a second lot for $13 million and reportedly now plans to build a new mega mansion on the combined estates. 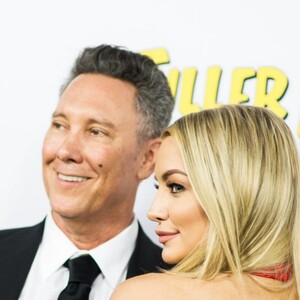