Jason Blum net worth and salary: Jason Blum is an American film producer who has a net worth of $200 million. He is the founder and CEO of Blumhouse Productions which is known for producing horror movies. Blumhouse is known for producing low-budget movies that go on to become highly profitable franchises, for example "The Purge", "Insidious" and "Paranormal Activity". For example, the original "Insidious" earned $100 million on a budget of just $1.5 million. His average movie budget is around $6 million. His average global box office gross is $60 million. His movies have grossed more than $4.6 billion worldwide.

Jason Blum was born in Los Angeles, California in February 1969. Before starting Blumhouse he worked as an executive producer for Bob and Harvey Weinstein and then as an independent producer for Warner Bros. Blum was executive producer for the TV series The River in 2012, Stranded in 2013, and for the TV mini-series documentary The Jinx: The Life and Deaths of Robert Durst in 2015. He has produced the movies Kicking and Screaming, One Way Out, Hamlet, Easy Six, The Darwin Awards, Griffin & Phoenix, Graduation, Paranormal Activity, The Accidental Husband, The Reader, Tooth Fairy, Insidious, Paranormal Activity 2, The FP, Paranormal Activity 3, The Babymakers, Sinister, Lawless, The Lords of Salem, The Bay, Paranormal Activity 4, Dark Skies, The Purge, Oculus, Plush, Insidious: Chapter 2, Best Night Ever, Paranormal Activity: The Marked Ones, Whiplash, 13 Sins, Creep, Not Safe for Work, The Purge: Anarchy, The Town That Dreaded Sundown, Stretch, Mockingbird, Mercy, Ouija, Jessabelle, Visions, The Boy Next Door, and the Lazarus Effect. He won a Primetime Emmy Award in 2014 for Outstanding Television Movie for The Normal Heart and was nominated for an Academy Award in 2015 for Best Motion Picture of the Year for Whiplash.

Real Estate: Jason and his wife Lauren A.E. Schuker own around $40 million worth of real estate in Los Angeles and New York City. Here's a rundown of their known property portfolio:

In May 2020, Jason paid $14.3 million for a Frank Gehry designed home in Santa Monica, California. The previous owner bought the property in 2005 for $4.55 million then acquired the home next door for $2.2 million in 2009 to create an incredible 1-acre property.

In 2019 Jason paid $9.5 million for a home in LA's Hancock Park neighborhood and $10 million for a townhouse in Brooklyn Heights.

He also owns a $6.5 million penthouse condo at The Ritz Carlton Residences in downtown LA. 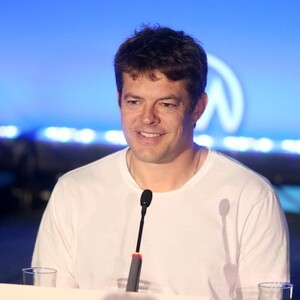