James Last net worth: James Last was a German composer and big band leader who had a net worth of $5 million. James Last was born in Bremen, Germany in April 1929 and passed away in June 2015. He started off as a jazz bassist who won the award for best bassist in Germany from 1950 to 1952.

Last was known for his "happy music" and his albums were best-sellers in Germany and the United Kingdom. Last had 65 albums make the charts in the UK. He sold 200 million albums worldwide during his lifetime and in Germany alone he received 200 gold discs and 14 platinum discs. Last was given West Germany's highest civilian award, the Order of Merit of the Federal Republic of Germany in 1978. His song "Games That Lovers Play" has been covered more than 100 times. His song "Happy Heart" has been interpreted by Petula Clark and Andy Williams and became an international hit. Last has performed at London's Royal Albert Hall more times than anyone except Eric Clapton. His big band arrangements often featured an upbeat dance beat that was heavy on brass and bass. He had sometimes been called the king of elevator music but was in fact the most commercially successful bandleader from the 1950s to 2000. James Last passed away on June 9, 2015 at 86 years old. 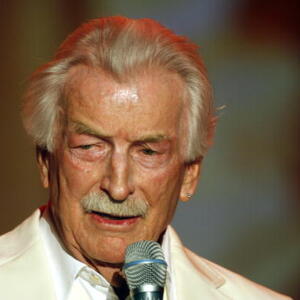