What is James L. Brooks' Net Worth?

James L. Brooks was born James Lawrence Brooks on May 9, 1940, in Brooklyn, New York. He grew up in a Jewish household in North Bergen, New Jersey, with mother Dorothy, who sold children's clothes, and older sister Diane. Brooks' father, Edward, left Dorothy when she was pregnant with James, and sent her a postcard asking her to name the child Jim. Edward and James lost contact when Brooks was 12, and Dorothy passed away 10 years later. James dealt with his tough childhood by spending his time reading and writing, and he received positive responses to short stories he sent to publishers. He studied at Weehawken High School, where he joined the staff of the school newspaper and interviewed celebrities like Louis Armstrong.

Brooks began his career in television as a host at CBS, a job his sister got him, and after filling in for two weeks as a copywriter at "CBS News," he was offered a permanent position. He began writing for news broadcasts and joined the Writers Guild of America, then relocated to Los Angeles in 1965 to write for David L. Wolper-produced documentaries. James was later hired as an associate producer on the TV series "Men in Crisis" (1965) and also wrote two episodes of the show. After meeting producer Allan Burns at a party, Brooks was hired to write for "My Mother the Car" (1966), then went on to write for "That Girl" (1966–1967), "The Andy Griffith Show" (1968), "My Three Sons" (1968), and "The Doris Day Show" (1968). He created the ABC series "Room 222" in 1969, and it aired 113 episodes before it ended in 1974. James served as the show's head writer in the beginning, but he left after a year to focus on other pilots. Brooks and Burns were hired to create a series with Mary Tyler Moore, and "The Mary Tyler Moore Show" was a hit, winning numerous awards, airing 168 episodes over seven seasons, and leading to the spin-offs "Rhoda," "Phyllis," and "Lou Grant."

In 1974, James produced the television film "Thursday's Game," which he also wrote, and created the CBS sitcom "Paul Sand in Friends and Lovers." He formed his own production company, the John Charles Walters Company, with Stan Daniels, David Davis, and Ed Weinberger, in 1978, and they created "Taxi" later that year. "Taxi" was canceled by ABC in 1982, then picked up by NBC for an additional season. After creating and producing the ABC series "The Associates," Brooks took a break from television to focus on film work, but he returned to help Tracey Ullman launch Fox's "The Tracey Ullman Show" in 1987. On the advice of a colleague, James asked "Life in Hell" cartoonist Matt Groening to submit ideas for animated shorts for the show, and Fox liked the resulting shorts so much that they offered Groening his own show. James came onboard as a writer and producer, and "The Simpsons" premiered in 1989. As of this writing, the popular animated series has aired more than 690 episodes over 32 seasons. Brooks produced four more TV series after the debut of "The Simpsons": "Sibs" (1991–1992), "Phenom" (1993), "The Critic" (1994–1995), and "What About Joan" (2001). He was inducted into the Television Hall of Fame in 1997. 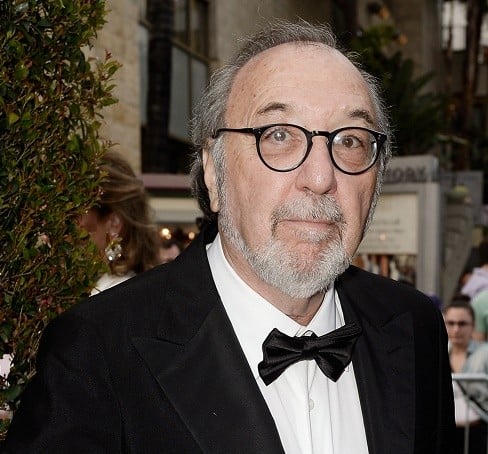 Brooks has been nominated for eight Academy Awards, winning Best Picture, Best Director, and Best Writing, Screenplay Based on Material from Another Medium for "Terms of Endearment" in 1984. "Terms of Endearment" also earned him awards from the Golden Globes, Directors Guild of America, Los Angeles Film Critics Association, National Board of Review, and Writers Guild of America. The Writers Guild also honored James with the Herb Sargent Award in 2006, the Laurel Award for TV Writing Achievement in 1998, and the Laurel Award for Screen Writing Achievement in 2018, and they gave him the award for Best Screenplay Written Directly for the Screen for "As Good as It Gets." Brooks has earned dozens of Primetime Emmy nominations and has won more than 20 times for his work on "The Mary Tyler Moore Show," "Taxi," "The Tracey Ullman Show," and "The Simpsons."

James married Marianne Catherine Morrissey on July 7, 1964, and they welcomed daughter Amy in 1971. The couple divorced in 1972, and Brooks went on to marry Holly Beth Holmberg on July 23, 1978. James and Holly had three children, Chloe, Cooper, and Joseph, before divorcing in 1999.

Brooks is a Democrat and has donated more than $175,000 to the party's candidates, including Barack Obama, Hillary Clinton, and Al Franken.

In 1990, James and Holly bought a home in Malibu for an undisclosed amount. In 2001, James put the home on the market for $8 million.

Soon after divorcing, Holly paid $5.1 million for one of the most-desirable homes on the most-desirable street in Malibu, on 54-feet of ocean frontage. She performed a major renovation then began renting the house for $40-50,000 per month. She listed the home for sale in June 2020 for $16 million. For several decades, James has lived in nearby Brentwood. 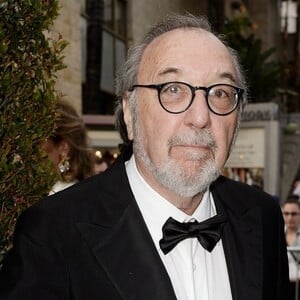