He is also Adam Sandler's producing partner. Some of the films he has produced include, "Billy Madison", "Happy Gilmore", "The Wedding Singer", "Deuce Bigalow: Male Gigolo", "Joe Dirt", "The Master of Disguise", "The Hot Chick", "Anger Management", "50 First Dates", "The Longest Yard", "The Benchwarmers", "Click", "Reign Over Me", "I Now Pronounce You Chuck & Larry", "You Don't Mess with the Zohan", "The House Bunny", "Bedtime Stories", "Paul Blart: Mall Cop", "Grown Ups", "Just Go With It", "Bucky Larson: Born to be a Star", and "Here Comes the Boom". He also produces the series, "Rules of Engagement". 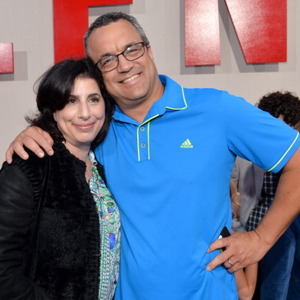