How much is Ian Eagle Worth?

Ian Eagle net worth and salary: Ian Eagle is an American sports announcer who has a net worth of $1 million. Ian Eagle was born in Essex Falls, New Jersey in February 1969. His father was entertainer Jack Eagle. Ian Eagle graduated from Syracuse University. He is an announcer for the National Football League on CBS as well as the NBA's Brooklyn Nets on the YES Network. Eagle hosts the basketball talk show Full Court Press on Sirius Satellite Radio with Kenny Smith. He has also announced for the NBA, NCAA men's basketball, tennis, boxing, NCAA track and field for CBS, and the Army-Navy football and basketball games. He got his start by announcing for the Syracuse Orangemen on WAER. He then moved to WFAN Radio as a producer before he got his own show and then did pre and postgame for the New York Jets. His broadcasting partners have included Dan Fouts, Clark Kellogg, Mike Fratello, Chris Webber, Boomer Esiason, and more. 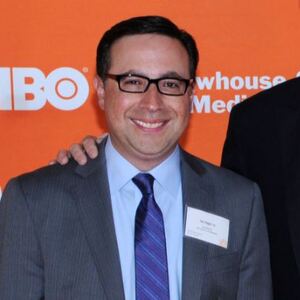