Howie B Net Worth

in Richest Business › Producers
Howie B Net Worth:
$10 Million

Howie B net worth: Howie B is a Scottish musician and producer who has a net worth of $10 million. Howie B was born in Glasgow, Scotland in April 1963. He started off as a DJ and then worked at Lillie Yard studios owned by film composer Hans Zimmer. Howie B recorded the album Club Classics Vol. One for Soul II Soul.

He has worked with articles including US, Bjork, Elisa, Robbie Robertson, Mukul Deora, Tricky, and The Gift. He released his debut solo album Music for Babies in 1996 and his 1997 album Turn the Dark Off reached #58 in the UK. Howie B's singles "Angles Go Bald: Too", "Switch", and "Take Your Partner By the Hand" all made the UK charts. He has remixed songs by Garbage, Unkle, Bjork, Annie Lennox, Simply Red, New Order, U2, Placebo, and Jeff Beck. 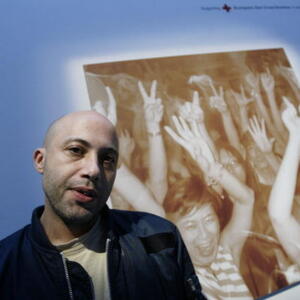