Harvey Mason, Jr. Net Worth: Harvey Mason, Jr. is an American songwriter, record producer, and movie producer who has a net worth of $10 million. Harvey Mason was born in Boston, Massachusetts in June 1968. His father is noted jazz drummer Harvey Mason, Sr. Harvey Jr. attended recording sessions with his father and wrote his first song at eight years old for Grover Washington, Jr. Harvey attended the University of Arizona on a basketball scholarship and made the Final Four.

Mason has written and produced songs for popular performers including Elton John, Aretha Franklin, Whitney Houston, Luther Vandross, Britney Spears, Jordin Sparks, Jennifer Hudson, Chris Brown, Beyonce, Mary J. Blige, Justin Timberlake, Brandy, Destiny's Child, and Michael Jackson. In 2008 he formed the company Harvey Mason media. The company produced the film More Than a Game in 2008 which was about LeBron James. Mason worked as a mentor and producer on The X Factor USA in 2013. Mason has won six Grammy Awards. He was elected to the board of directors for the Los Angeles chapter of the National Academy of Record Arts and Sciences and their National Board of Trustees. His son is the University of Arizona basketball star Trey Mason. 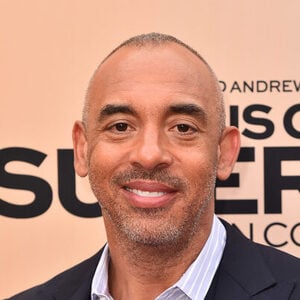