Günther Jauch net worth: Günther Jauch is a German television host who has a net worth of $40 million. Günther Jauch was born in Munster, Germany in July 1956. He married Thea Jauch in 2006 after 18 years of common-law marriage. Günther Jauch has won several awards for German television and owns the production company i&u TV. He is also a philanthropist who has made large donations from money he has earned doing advertisements and promotional work. He has also used his money to obtain and restore historical buildings in Potsdam where he lives. Jauch has hosted and produced the German primetime television series Stern TV. He was named the most famous German in the world by Stern magazine in 2005. He has also hosted the German version of Who Wants to Be a Millionaire? and the UEFA Champions League. Jauch has done advertisements for beer, department stores, a lottery, DHL, and the World Wide Fund for Nature. 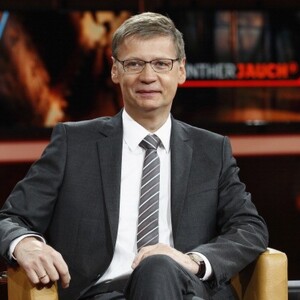