What is Greg Berlanti's Net Worth and Salary?

At one point in 2018, Berlanti had 14 shows airing on various TV networks.

Greg Berlanti was born Gregory Berlanti on May 24, 1972, in Suffern, New York. He grew up with mother Barbara, father Eugene, and sister Dina and has said of his youth, "We were Italians in a town of WASPs" and that his family wasn't doing as well as most of the people in their community. Greg studied playwriting at Northwestern University, where he joined the Delta Tau Delta fraternity. He graduated in 1994, and in 2020, he donated $2 million to the Northwestern University School of Communication to establish the Barbara Berlanti Professorship in Writing for the Screen and Stage.

Greg was hired to write for The WB's "Dawson's Creek" in 1998, when he was 26 years old, and when showrunner Kevin Williamson left the series two years later, Berlanti took over the role. The show featured the first same-sex kiss between two males on American network TV, and Greg has said that if the network hadn't allowed it, he "was prepared to quit."

Berlanti wrote, directed, and produced the 2012 USA Network miniseries "Political Animals," and he produced "The Mysteries of Laura" (2014–2016) and "Blindspot" (2015–2020) for NBC. He produced the 2015 film "Pan," and in 2016, he starting producing The CW's "Riverdale," which features the characters of Archie Comics; he later produced the "Riverdale" spin-offs "Chilling Adventures of Sabrina" (2018–2020) and "Katy Keene" (2020). In 2018, Greg began producing "You," which is based on the popular Caroline Kepnes novel of the same name; the first season aired on Lifetime, then the series moved to Netflix for season two.

In 2020, he produced the television film "Helter Skelter: An American Myth" for Epix and the TV series "Equal" and "The Flight Attendant" for HBO Max.

Berlanti has been involved with several DC Comics projects. He served as a writer and producer on 2011's "Green Lantern" film, and the following year, he began producing The CW's "Arrow," which is based on Green Arrow. The spin-off series "The Flash" followed in 2014, and another spin-off, "Legends of Tomorrow," premiered in 2016. In 2015, Greg produced "Supergirl" for CBS, and the show moved to The CW after the first season; in 2018, the series introduced TV's first transgender superhero. Berlanti helped develop The CW's "Black Lightning" in 2018, and he produces "Titans" (2018–present) on DC Universe, "Doom Patrol" (2019–present) on DC Universe/HBO Max, "Stargirl" (2020–present) on DC Universe/The CW, and "Superman & Lois" on The CW. He wrote and produced the 2017 animated web series "Freedom Fighters: The Ray" for CW Seed, and in 2019, it was announced that he had signed a deal to produce TV series based on "Strange Adventures" and "Green Lantern" for HBO Max.

In June 2018, Berlanti signed a six-year deal with Warner Brothers that paid him $300 – $400 million. The deal also gave Warner an ownership stake in Greg Berlanti Productions. Greg followed fellow producers like Shonda Rhimes, Kenya Barris, and Ryan Murphy, who have signed enormous personal deals to work exclusively for a studio.

Berlanti serves on the board of Fuck Cancer, a nonprofit organization that is committed to "prevention, early detection and providing emotional support and guidance to those affected by cancer." In 2018, Greg and Robbie chaired the organization's Barbara Berlanti Heroes Gala; Barbara passed away from lung cancer in 2017, and Berlanti has said of his mother, "Lung cancer took her life too soon, but I know this work being done in her memory would give her immeasurable peace and happiness. May this program give others the greatest gift of all – more life and time with the people they love." 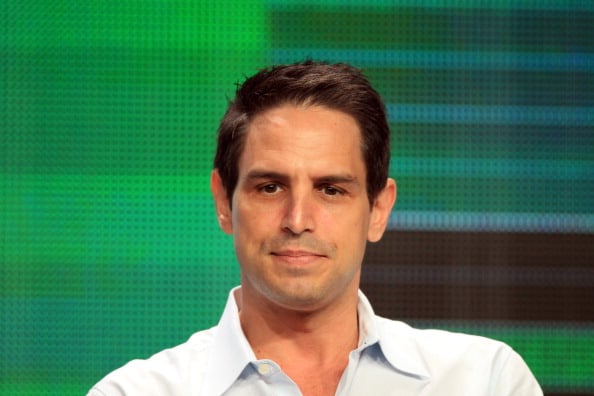 In 2019, Berlanti was honored with the Television Showman of the Year Award (56th Annual ICG Publicists Awards), Kieser Award (45th Annual Humanitas Prize Awards), Showmanship Award (Publicists Guild of America), and Patron of the Artists Award (SAG-AFTRA Foundation 45th Annual Patron of the Artists Awards), and "Love, Simon" received the Outstanding Film – Wide Release Award at the GLAAD Media Awards. In 2018, Greg received The Hero Award from the Trevor Project, a Vanguard Award from the Los Angeles LGBT Center, and The Founders Award from the International Emmy Awards. That year "Riverdale," "The Flash," and "Love, Simon" won Teen Choice Awards, and "Black Lightning" was named Outstanding Drama Series at the Black Reel Awards for Television. "Riverdale" also earned Teen Choice Awards for Choice TV Show: Drama in 2017 and 2019 and People's Choice Awards for Favorite TV Drama in 2018 and Favorite Drama Show in 2020, and "The Flash" and "Supergirl" won People's Choice Awards in 2016.

"The Broken Hearts Club" won a GLAAD Media Award in 2001, and Berlanti won a SHINE Award for his work as a writer on "Dawson's Creek" in 2000. He was honored with the Brandon Tartikoff Legacy Award in 2017, and he received an Honors Writer Award from The Caucus Awards in 2010. Greg has also won awards from the Academy of Science Fiction, Fantasy & Horror Films (Best Superhero Adaptation Television Series for "The Flash" and "Supergirl"), Environmental Media Awards (the Turner Prize for "Everwood"), Valladolid International Film Festival (Best Feature Film for "Love, Simon"), and Critics Choice Television Awards (Most Exciting New Series for "Supergirl").

In 2002, Greg purchased a Hollywood Hills home from Limp Bizkit frontman Fred Durst for $1.3 million. Berlanti sold the home for $2.45 million in 2014.

In July 2016, he paid $11 million for a home in an area above Beverly Hills. The seller was Paula Wagner, who is best known as Tom Cruise's producing partner.

In 2021 Greg paid a little over $8 million for a property located at the Four Seasons in Kona on Hawaii's Big Island. 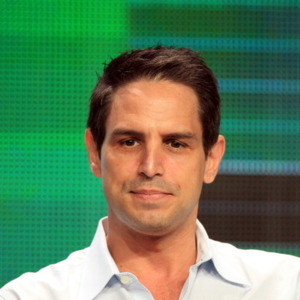