Glen Ballard Net Worth: Glen Ballard is an American songwriter, lyricist, and record producer who has a net worth of $60 million. Glen Ballard was born in Natchez, Mississippi in May 1953. One of his biggest hits was the album Jagged Little Pill by Alanis Morissette in 1995. Ballard co-wrote and produced the album that won Grammy Awards for Album of the Year and Best Rock Album. He was also involved in writing and recording Michael Jackson's albums Bad and Thriller. He co-wrote the hits "Man in the Mirror" and "Hand in My Pocket" and founded Java Records. In 2006 Ballard won the Grammy Award for Best Song Written for a Motion Picture with "Believe" from The Polar Express. Ballard has worked with artists such as Pointer Sisters, Teddy Pendergrass, Paula Abdul, Wilson Phillips, Sheena Easton, Van Halen, Aerosmith, No Doubt, Shakira, Dave Matthews Band, Shelby Lynne, Christina Aguilera, Lisa Marie Presley, Katy Perry, O.A.R., Goo Goo Dolls, Annie Lennox, and Ringo Starr. He wrote the screenplay for the film Clubland and co-wrote music and lyrics for Ghost The Musical. Glen is composing a new score for the upcoming 2015 stage musical version of Back to the Future. 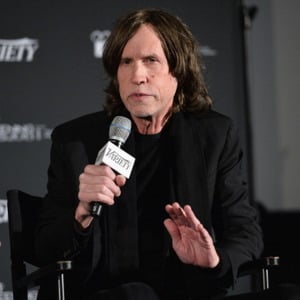