What Is Giorgio Moroder's Net Worth?

Giorgio Moroder is an Italian songwriter, composer, and record producer who has a net worth of $20 million. Moroder is often thought of as the father of electronic dance and synth disco music. He has worked on songs for several famous acts, including David Bowie, Janet Jackson, Blondie, and Donna Summer, and he won Academy Awards and Golden Globes for composing "Flashdance…What a Feeling" from the 1983 film "Flashdance" and "Take My Breath Away" from 1986's "Top Gun."

Giorgio Moroder was born Giovanni Giorgio Moroder on April 26, 1940, in Urtijëi, South Tyrol, Kingdom of Italy (now known as Italy). Giorgio has three brothers, including artist Ulrich Moroder, and his father worked as a hotel concierge.

Giorgio taught himself to play guitar as a teenager, and by the age of 18, he was a professional musician touring Europe, performing at night and making recordings on Revox recorders during the day. In his mid-twenties, Moroder moved in with his aunt in Berlin and found work as a sound engineer. In the '60s, Giorgio and Michael Holm composed the song "Ich sprenge alle Ketten" ("I bust all the chains") for Ricky Shayne, and it became a hit in Germany. The duo had another hit with a cover of Sir Douglas Quintet's "Mendocino." Moroder released his first album, "That's Bubblegum – That's Giorgio," in 1969, and that year his single "Looky Looky" reached #1 in France and #3 in Switzerland. He followed his debut with 1970's "Giorgio," 1972's "Son of My Father," and 1973's "Giorgio's Music," and his 1970 single "Arizona Man" reached #6 in France. Moroder's 1972 single "Son of My Father" became a hit in several countries after it was covered by the English pop group Chicory Tip. Giorgio's 1976 album, "Knights in White Satin," reached #43 on the Australian charts, and in 1977, he released the album "From Here to Eternity" and co-wrote and produced Donna Summer's "I Feel Love," which was certified Platinum in Canada and Gold in the U.S. and U.K. The 1979 "Midnight Run" soundtrack featured several tracks by Moroder and earned him his first Academy Award.

In 1980, Giorgio composed and produced the soundtracks for "American Gigolo" and "Foxes." "American Gigolo" featured Blondie's "Call Me," which was produced by Moroder and earned a Golden Globe nomination for Best Original Song – Motion Picture. He wrote the 1982 "Cat People" soundtrack, and the single "Cat People (Putting Out Fire)" featured David Bowie and topped the charts in Finland, New Zealand, Norway, and Sweden. Giorgio produced the 1983 "Scarface" soundtrack, and in 1984, he was involved in compiling a restoration and edit of 1927's "Metropolis" as well as providing a soundtrack of pop songs by artists such as Pat Benatar, Freddie Mercury, Billy Squier, and Adam Ant. Also in 1984, he teamed up with Kajagoogoo's Limahl for the hit song "The NeverEnding Story" and with The Human League's Philip Oakey for the album "Philip Oakey & Giorgio Moroder." Their song "Together in Electric Dreams," which was featured in the film "Electric Dreams," received a BAFTA nomination. 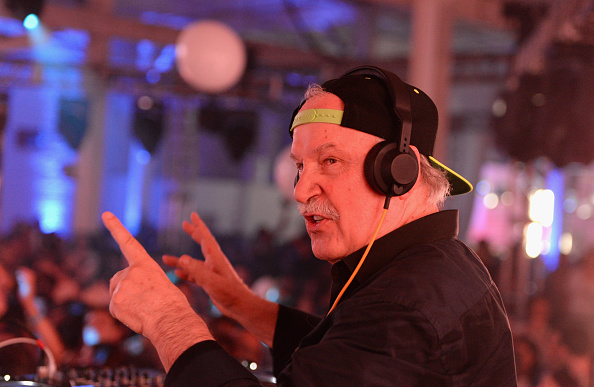 In 2012, Giorgio composed the theme music for Google's "Racer," then he performed the track "Giorgio by Moroder," which tells the story of his life, on Daft Punk's 2013 album "Random Access Memories." He DJ'd at New York's Red Bull Music Academy in 2013, and in 2014, Adult Swim released a new single by Moroder entitled "Giorgio's Theme." He released his sixteenth album, "Déjà Vu," in 2015, and it reached #1 on the "Billboard" Top Dance/Electronic Albums chart. The singles "Right Here, Right Now" (featuring Kylie Minogue) and "Déjà Vu" (featuring Sia) topped the "Billboard" Dance Club Songs chart, and Giorgio joined Minogue on the Australian leg of her 2015 "Kiss Me Once Tour" and appeared on her EP "Kylie + Garibay." Moroder and Raney Shockne composed the music for the 2016 video game "Tron RUN/r," and he produced the single "One More Day" for Korean girl group Sistar. In 2021, he co-wrote and produced the tracks "Beautiful Lies" and "Tonight United" for the Duran Duran album "Future Past."

Giorgio married Francisca Gutierrez in 1990, and their son, Alessandro, is an artist. Moroder is friends with German singer, songwriter, and musician Michael Holm, and the two composed, performed, and produced the 1973 album "Spinach 1" together. Holm wrote a song about Moroder entitled "Giorgio und ich." In 2017, Giorgio was named in connection with a $100 million Ponzi scheme related to the wealth management firm Hottinger & Partners; he was not suspected of any wrongdoing.

Moroder has won three Academy Awards – Best Music, Original Score for "Midnight Express" (1979) and Best Music, Original Song for "Flashdance…What a Feeling" (1984) and "Take My Breath Away" (1987). He has earned nine Golden Globe nominations, winning Best Original Score – Motion Picture for "Midnight Express" and "Flashdance" and Best Original Song – Motion Picture for "Flashdance…What a Feeling" and "Take My Breath Away." His other Golden Globe nominations were for "American Gigolo," "Scarface," and "Cat People." Giorgio has received nine Grammy nominations, taking home the prize for Best Instrumental Composition for "Love Theme from Flashdance," Best Album of Original Score Written for a Motion Picture or Television Special for "Flashdance," Best Dance Recording for Donna Summer's "Carry On," and Album of the Year for Daft Punk's "Random Access Memories." He won ASCAP Film and Television Music Awards for Most Performed Songs from Motion Pictures for "Take My Breath Away" (1987) and "Met Me Halfway" (1988), and he has received Lifetime Achievement Awards from the World Soundtrack Awards (2011), Italian Online Movie Awards (2014), and Venice Film Festival (2020).

Moroder won a Los Angeles Film Critics Association Award for Best Music for "Midnight Express" in 1978 and an Outstanding Achievement Award for Music at the 2000 Los Angeles Italian Film Awards, and he earned a Jury Award and Audience Award for Best Experimental at the 1996 Palm Springs International ShortFest. He received a Bambi Award for Composer of the Year in 1984, and he received BAFTA Award nominations for Best Score for "Flashdance" and Best Original Song for "Flashdance…What a Feeling" and "Together in Electric Dreams." Giorgio has also earned nominations from the Academy of Science Fiction, Fantasy & Horror Films (Best Music for "Die unendliche Geschichte") and David di Donatello Awards (Best Song for "Mamba"). 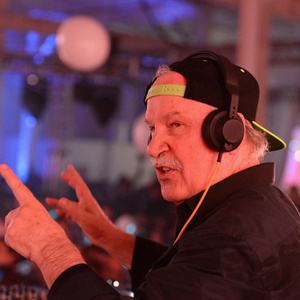