Georg Solti net worth: Georg Solti was a Hungarian orchestral and operatic conductor who had a net worth of $16 million. Georg Solti was born in Budapest, Hungary in October 1912 and passed away in September 1997.  He is best known for appearing with opera companies in Frankfurt, Munich, and London. Solti was the music director of the Chicago Symphony Orchestra.

He fled Hungary and conducted the Russian ballet in London before going to Switzerland and worked as a pianist. Solti went on to work at the Bavarian State Opera, Frankfurt Opera, Covent Garden Opera Company, and then the Chicago Symphony Orchestra for 22 years. He also served as music director of the Orchestre de Paris and the principal conductor of the London Philharmonic Orchestra. His recording of Wagner's Der Ring des Nibelungen has twice been voted the greatest recording ever made. He won 31 Grammy Awards and the Grammy Lifetime Achievement Award. Georg Solti passed away on September 5, 1997 at 84 years old. 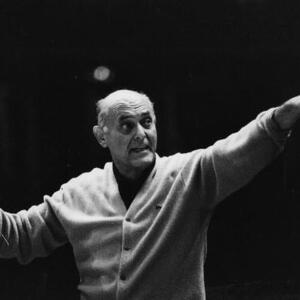