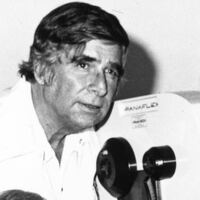 What was Gene Roddenberry's Net Worth?

Gene Roddenberry was an American television screenwriter, producer and futurist who had a net worth equal to $500 million at the time of his death. That amount, which is after adjusting for inflation, includes the estimated value of the future rights and intellectual property value (merchandise, licensing) of the "Star Trek" franchise which would go on to generate billions of dollars in royalties and box office receipts after Gene's death.

At the time of his death, his liquid estate (real estate, financial accounts, short-term assets) was worth $30 million. That's the same as around $60 million after adjusting for inflation today.

Gene was married twice. His first marriage, to Eileen-Anita Rexroat, lasted from 1942 to 1969. His second marriage, to Majel Barrett, lasted from 1969 until his death. According to the terms of his will, the majority of his estate was left to Majel Barrett. He also left a share of his trust and $500,000 to each of his children. Several legal battles would eventually reveal that Gene had hidden a portion of Star Trek's rights in a separate trust which benefited his first wife. A Los Angeles court eventually overturned his first wife Eileen's claims to 50% of his assets. One of his children, a daughter Dawn, lost $500,000 when she contested the trust.

Gene Roddenberry was born August 19, 1921 in El Paso Texas. During World War II, Roddenberry flew 89 combat missions for the United States Army Air Forces. After the war he worked as a commercial pilot.

He later followed in his father's footsteps and joined the Los Angeles Police Department. During this time he also began to focus on writing scripts for television. His experience at the LAPD proved helpful in writing realistic scripts (under the pseudonym Robert Wesley, at the time) for the television series Highway Patrol and the TV and radio versions of Have Gun—Will Travel.

In 1964, Gene wrote a draft for a science fiction series that he called Star Trek. He shopped the series around and eventually signed a three-year development deal with Lucille Ball and Desi Arnaz's Deislu Productions. Lucille Ball, the head of Desilu, did not understand the script but was instrumental in getting the pilot shot. They ended up making a second pilot which introduced many of the characters we know and love today, including William Shatner's Captain Kirk.

After viewing the pilots, NBC agreed to a 6-episode commitment. NBC eventually expanded their order to 16 episodes. The show premiered on September 8, 1966. It would eventually air 79 episodes over three seasons. 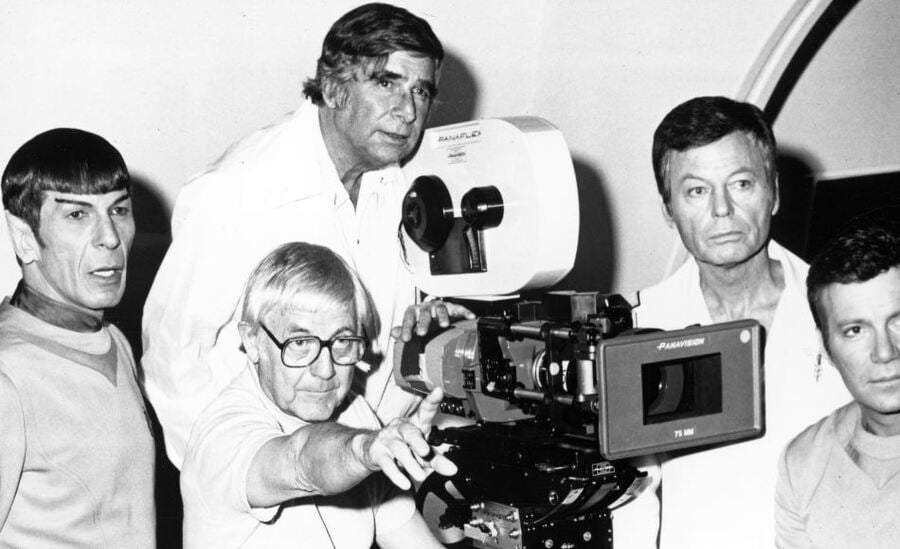 Sticking with the science fiction theme, he worked as a writer and producer for the TV movies Genesis II, Planet Earth and The Questor Tapes. On September 4, 1986, Roddenberry became the first writer/producer to be honored with a star on the Hollywood Walk of Fame.

In 1987, Gene created Star Trek: The Next Generation which would go on to air 178 episodes over seven seasons. The series also became on of the most valuable syndicated shows in the history of television, airing in dozens of countries and languages multiple days every day even decades after debuting. Gene was paid $1 million up front to create and produce the series, in addition to earning a hefty salary for its ongoing success.

In 1990, he was honored with the Jack Benny Memorial Award of lifetime achievement by the March of Dimes. Eugene Wesley Roddenberry died from a cardiopulmonary arrest on October 24, 1991. His widow Majel Barrett died on December 18, 2008. Upon her death, portions of Gene and Majel's cremated remains were launched into space as part of a NASA mission.