What is Gale Anne Hurd's net worth and salary?

Gale Anne Hurd is an American film producer and screenwriter who has a net worth of $90 million.Gale Anne Hurd is known as the founder of the production company Pacific Western Productions. Pacific Western went on to produce some of the most successful action films of the next few decades, including "The Terminator", "Aliens", "Tremors", "Dante's Peak", "Armageddon", "Hulk", and "The Incredible Hulk". The company was eventually folded into her label, Valhalla Motion Pictures.

She also served as a recording secretary for the Producers Guild of America, and was a governor of the Academy of Motion Picture Arts and Sciences. Among her notable credits, Hurd produced a number of films by director James Cameron, and co-wrote his 1984 film "The Terminator." She is also a producer of the television series "The Walking Dead."

Gale Anne Hurd was born on October 25, 1955 in Los Angeles, California to a Catholic mother named Lolita and a Jewish father named Frank, who was an investor. Raised in Palm Springs, she went to Palm Springs High School, graduating in 1973. Hurd went on to attend Stanford University, from which she obtained her bachelor's degree in communications and economics in 1977.

Hurd began her career in the entertainment industry at New World Pictures as an executive assistant to filmmaker Roger Corman. Eventually, she worked her way up through a variety of administrative roles, finally becoming involved in production. Hurd's first major film credit was on the 1981 car chase movie "Smokey Bites the Dust," which she co-produced with Corman.

Producing Career in the 80s and 90s

In 1982, Hurd founded her own production company, Pacific Western Productions. Through the company, she produced James Cameron's 1984 science-fiction action film "The Terminator"; she also co-wrote the screenplay with the director. The film was a huge commercial success, and marked the beginning of a fruitful partnership between Hurd and Cameron. The pair reunited in 1986 for "Aliens," which was similarly successful at the box office, and then again in 1989 for "The Abyss." Also in the late 80s, Hurd produced Andrew Fleming's supernatural slasher film "Bad Dreams" and Graham Baker's science-fiction action film "Alien Nation."

Kicking off the 90s, Hurd served as an executive producer on the buddy cop comedy "Downtown" and the horror comedy "Tremors." In 1991, she reunited with James Cameron to executive produce his science-fiction action film sequel "Terminator 2: Judgment Day." Hurd subsequently produced the drama "The Waterdance"; the psychological thriller "Raising Cain"; the science-fiction action film "No Escape"; the drama "Safe Passage"; and the historical adventure film "The Ghost and the Darkness." In 1997, she produced the horror film "The Relic" and the disaster thriller "Dante's Peak." Hurd closed out the decade producing the science-fiction films "Armageddon" and "Virus" and the comedy "Dick." She also founded another production label called Valhalla Motion Pictures. 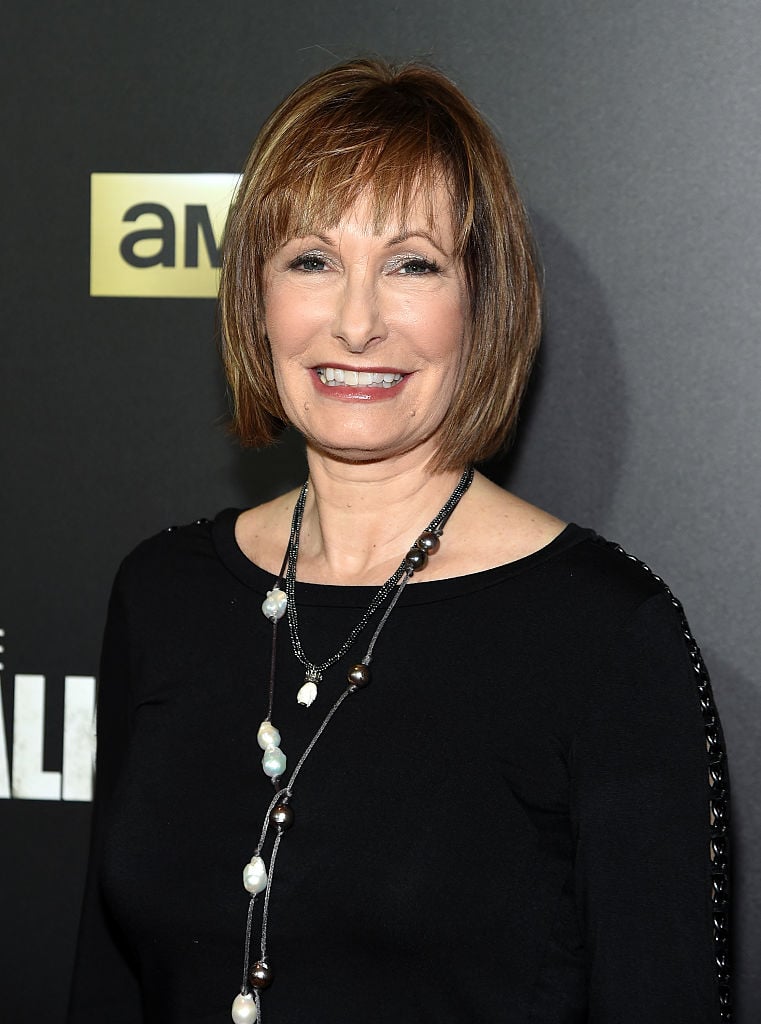 Producing Career in the 2000s

In 2000, Hurd's Pacific Western Productions was folded into her Valhalla Motion Pictures; the next year, the company launched a television division. Hurd subsequently had her first producing credit of the 21st century on the 2002 science-fiction action comedy "Clockstoppers," directed by Jonathan Frakes. Later in 2002, she had her first television producing credit on the adventure series "Adventure Inc." The next year, Hurd co-produced Ang Lee's superhero film "Hulk" and executive produced Jonathan Mostow's "Terminator 3: Rise of the Machines." She went on to produce the action films "The Punisher" and "Punisher: War Zone"; the science-fiction film "Æon Flux"; the horror film "Welcome to the Jungle"; the superhero film "The Incredible Hulk"; the drama "Very Good Girls"; and the slasher film "Hell Fest."

On the small screen, Hurd began producing the AMC post-apocalyptic horror series "The Walking Dead" in 2010. Five years later, she became a producer on the spinoff series "Fear the Walking Dead." Also on television, Hurd has had producing credits on the Syfy drama series "Hunters" and the Amazon Prime Video horror anthology series "Lore." In 2017, Hurd's Valhalla Motion Pictures merged into Valhalla Entertainment.

Hurd has been the recipient of numerous accolades for her work in the film and television industry. In 1998, she was bestowed with the Women in Film Crystal Award for helping to bolster the status of women in the industry. Five years later, Hurd received the Telluride Tech Festival Award of Technology. In 2012, she earned her star on the Hollywood Walk of Fame, and in 2013 was given the Laura Ziskin Lifetime Achievement Award at the Athena Film Festival. In 2017, Hurd earned the Fangoria Lifetime Achievement Award in honor of her prolific work in the genres of science-fiction and horror.

In October 2021 Gale Anne Hurd and her husband Jonathan Hensleigh paid $7.3 million for a home in Los Angeles. In 2007 they sold a former home in the Pasadena area to boxer Oscar de la Hoya for $11.5 million.