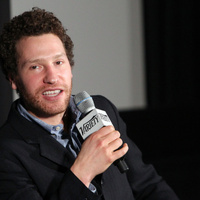 Gabe Polsky Net Worth: Gabe Polsky is an American film director, writer, and producer who has a net worth of $10 million. Gabe Polsky was born in Chicago, Illinois in May 1979. Polsky co-produced the 2007 movie The Living Wake. In 2009 he produced the film Bad Lieutenant. He produced the film Little Birds in 2011 as well as the TV movie documentary His Way. In 2012 Polsky produced and directed the movie The Motel Life. In 2014 he produced, directed, and wrote the film Red Army. The film is a documentary about the Soviet Union and their ice hockey team and will be released in January 2015. He won an Audience Award at the Rome Film Fest for The Motel Life in 2012. Polsky also won an Audience Choice Award at the Chicago International Film Festival in 2014 for Red Army. In 2011 he was nominated for a Primetime Emmy Award for Outstanding Nonfiction Special for His Way. He has secured the life rights to Albert Einstein and surfing legend Dorian "Doc" Paskowitz.