Free Marie net worth: Free Marie, aka Marie Antoinette Wright is an American media personality, television producer, and philanthropist who has a net worth of $3 million. Free Marie was born in Dorchester, Massachusetts in February 1968. She became well known for being the first host of the BET television series 106 & Park. Free has been a disc jockey for KKBT 100.3 The Beat in Los Angeles, California. She has also been a co-host for the Ed Lover Morning Show on Power 105.1 in New York City, NY. Free started out as a dancer and appeared in the music video "Good Vibrations" by Marky Mark and the Funky Bunch. She started recording her debut album Pressure Free in 2003 but it has not been released.  Wright's mixtape Free's World was released in 2004 and she has collaborated with artists including Wyclef Jean and Lisa "Left-Eye" Lopes. Free appeared in the 2002 film Drumline. 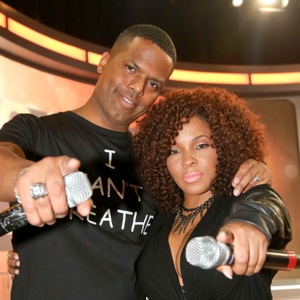