Ennio Morricone Net Worth: Ennio Morricone was an Italian composer, orchestrator, conductor, and musician who had a net worth of $50 million dollars at the time of his death. During a multi-decade career, Ennio wrote music for over 500 movies and television series and sold over 70 million records worldwide. He has been called one of the world's most influential film composers of all time. His music has been featured in over 60 award winning films. He produced more than 100 classic pieces of music.

Morricone was born in Rome, Italy in November 1928. Ennio worked as a studio arranger for RCA in the 1950s. He became popular for composing music for Italian western films. He composed the theme of "The Good, the Bad and the Ugly". He wrote the official theme song for the 1978 FIFA World Cup.

Morricone composed music for directors such as John Carpenter, Barry Levinson, Quentin Tarantino, Brian De Palma, Mike Nichols, and Oliver Stone. His music has been featured in The Untouchables, Bugsy, The Thing, In the Line of Fire, Disclosure, and Mission to Mars. Ennio has composed all of the music for Italian director Giuseppe Tornatore since 1988. His music has been used in The Sopranos, The Simpsons, and Quentin Tarantino's films Kill Bill, Inglourious Basterds, Django Unchained and The Hateful Eight. He conducted the London Philharmonic Orchestra, London Symphony Orchestra, and the New York Philharmonic. He received the Academy Honorary Award in 2007 and has been nominated for five more Oscars. In 2016 he won his first competitive Academy Award, for scoring Tarantino's The Hateful Eight. The win made him the oldest person to win a competitive Oscar. He also won three Golden Globes, three Grammy Awards, six BAFTAS, and many more awards.

He married Maria Travia in 1956 and they had four children. He lived in Italy for his entire life and famously never learned English. Despite working on hundreds of Hollywood projects, he only visited the US for the first time in 2007 when he was 78. Ennio died on July 6, 2020 at the age of 91. 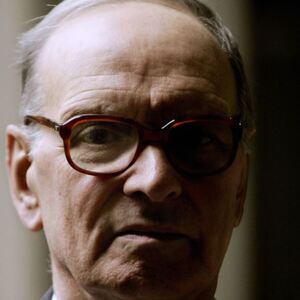