Elisa Beristain Net Worth: Elisa Beristain is a journalist, presenter and music business manager who has a net worth of $5 million. Though Elisa Beristain is a former record producer and respected journalist and presenter, she is best known as the wife of "King Midas" of Mexican regional music, Pepe Garza, who has worked with such top artists as the late singer Jenni Rivera, Espinoza Paz and Gerardo Ortiz, among many others.

Elisa Mora and Pepe Garza have two daughters together. Most recently, she became a part of Rica, Famosa, Latina (akin to America's "Real Housewives"). The show was expected to be controversial, just as the American version is, and did not disappoint when the brawls reportedly broke out before the show ever aired its first episode. As with the lives of the other rich and famous women featured on Rica, Famosa, Latina, Beristain's personal and business life, including her relationship with Pepe Garza, plays out in the media as well on reality television for all the world to see. Elisa Beristain is also a noted journalist and presenter of the Estrellas Hoy (Stars Today) program. 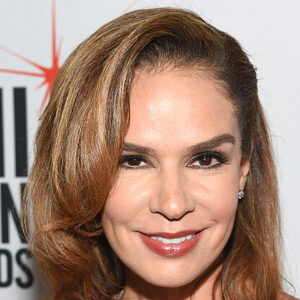