Eddie Kramer net worth: Eddie Kramer is a South African recording producer and engineer who has a net worth of $10 million. Eddie Kramer was born in Cape Town, South Africa in April 1942. Over the years he has collaborated, engineered, and produced records for several popular musical artists. That list includes the Beatles, Eric Clapton, David Bowie, Jimi Hendrix, Led Zeppelin, Kiss, The Kinks, Carlos Santana, the Rolling Stones, Joe Cocker, Peter Frampton, Mott the Hoople, Carly Simon, Dionne Warwick, and many more.

Kramer has worked on many film soundtracks and was featured on the 2013 documentary Jimi Hendrix: Hear My Train a Comin'. Eddie Kramer is also a photographer who took many photos of Hendrix. In 1999 he won a Grammy Award for the Jimi Hendrix live album Band of Gypsys. He also won Grammy Awards for "The Game of Love" by Carlos Santana with Michelle Branch for engineering and Best Pop Collaboration with Vocals in 2002. 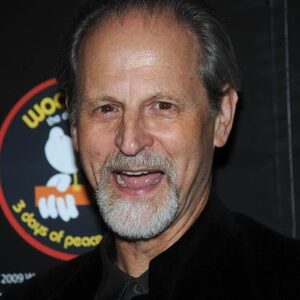