Dwayne Wiggins net worth: Dwayne Wiggins is an American musician, producer, composer, and community activist who has a net worth of $10 million. Dwayne Wiggins was born in Oakland, California in February 1961. He is best known as being the founding member of the soul and R&B group Tony!

Toni! Tone!. The group had 14 R&B singles on the Billboard charts and five #1 hits with the songs "Little Walter", "The Blues", "Feels Good", "It Never Rains (In Southern California)", and "Whatever You Want". They released four studio albums including two platinum albums, one double platinum album, and one gold album. The group sold more than six million albums worldwide. After they broke up in 1996 Wiggins went on to form Grass Roots Entertainment. He developed and singed the group Destiny's Child. Wiggins has also worked with artists such as Keyshia Cole, Alicia Keys, India.Arie, Beyonce Knowles, Eddie Money, and Jamie Foxx. His debut solo album Eyes Never Lie was released in 2000 and featured Foxx, Carlos Santana, and Darius Rucker. He served as executive producer for the movie Me & Mrs. Jones in 2001. Wiggins and his group Poplyfe finished 4th on America's Got Talent in 2012. 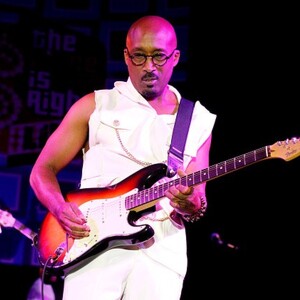