Dr. Nakamats net worth: Dr. Nakamats is a Japanese inventor who has a net worth of $50 million dollars. Born in Japan, Dr. Nakamats, also known as Yoshiro Nakamatsu, is an inventor with a number of patents to his name. His inventions are often a bit wacky, and he has become somewhat of a celebrity, both in Japan and abroad, for the sheer weirdness of the items he has created.

He claims to hold nearly 4000 patents, but some doubt the truth of this claim. Some of his inventions include "PyonPyon", shoes with leaf springs in them for jumping; a CD for enhancing sexual function; eye-shaped glasses, so that the glasses appear to disappear; a wig outfitted with a weight for self-defense; and floppy disk covers. He is actually most famous for his claim that he invented the floppy disk and sold the technology to IBM. IBM denies this, but says that they have purchased licenses for some of his other inventions. 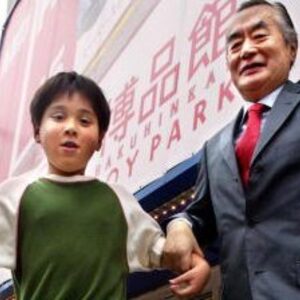