Doug Tracht net worth: Doug Tracht is an American radio, television, and movie personality who has a net worth of $500 thousand. Doug Tracht attended Ithaca College in New York from 1968 to 1972. Tracht majored in Broadcasting and started his on-air career. Having worked at the college radio station and several other local stations, he managed to develop an on-air character named "The Greaseman" after a co-worker commented he was "cooking with grease!

Then he worked at WENE, a station servicing Binghamton, where he met his future wife Marie. After college he went through a string of stations including WAXC in Rochester, NY, WRC in Washington, DC, and WPOP in Hartford, CT. He left WPOP in 1975, when that station switched its format from pop music to all news. But when WPOP went all-news, Grease landed at WAPE in Jacksonville, FL, AKA "The Big Ape". While this meant a bright future career, it also led to an inevitable end to his marriage. "The Greaseman" character was truly blooming and led to Tracht's being named as the top radio personality in the US both for 1977 and 1980. In 1982, when Howard Stern was fired from DC/101, Grease returned to D.C. to take over the morning slot, and he preserved the #1 rating. Actually, Tracht is best known for this morning show on WWDC-FM, and made a name for himself with a series of publicity stunts, including his "presidential campaign" in 1984. He left DC/101 in 1993, when he launched a syndicated radio show with the Infinity Broadcasting Corporation. In 1995, he teamed up with a co-host named Marcia, but this led to a total termination of the show in 1996. Tracht's wish to resurrect the show came true in May 1997, when it returned on-air at the classic rock station WARW-FM in Washington, DC. While in March 2001, the Grease Show was available for the first time on the Internet. Nine years later, the show was terminated by Rock105 dspite its great ratings. 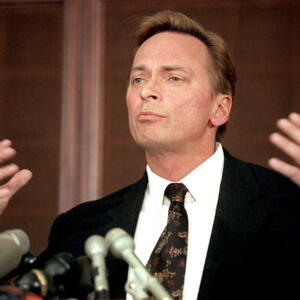