Doug Ellin Net Worth: Doug Ellin is an American producer and story writer who has a net worth of $40 million dollars. Doug Ellin is probably best known for being the head writer, producer, and creator of the hit series, "Entourage". He has also written for other series and films, and has been nominated for multiple Emmy Awards, among other honors. He has won a BAFTA and a Producers Guild of America Award.

He was born Douglas Reed Ellin on April 6, 1968, in Merrick, New York. In the early 1990s Doug moved to Los Angeles to be a stand-up comedian. He instead got a job in the mail room at New Line Cinema. There, he had the chance to befriend with film producer Mike DeLuca who saw Ellin's filmmaking potential. DeLuca went on to fund Ellin's first short film The Pitch (1996) which starred a then unknown actor named David Schwimmer. In 1998 penned another independent movie titled "Kissing a Fool" , before landing the post of a staff writer for "Life with Bonnie" (ABC, 2002-2004), which starred Bonnie Hunt.

In 2004 Doug created the HBO series "Entourage" with Mark Wahlberg. The show was loosely based on Wahlberg's personal life and experience. The HBO show enjoyed an eight-season run, after which Ellin inked an eight-figure pact with HBO to continue producing television. Ellen also produced the 2015 film adaptation which was not particularly well-received. For his work, he has been nominated for three Emmy Awards, four Writers Guild of America Awards, three PGA Awards and a BAFTA, as well as he has taken home a BAFTA and a PGA award.

Real Estate: In 2015 Doug spent $3.8 million on a home in Beverly Hills that was at one time owned by veteran actor James Caan (whose son Scott had a memorable role on Entourage). Doug put this home up for sale in January 2020 for $8 million. His former Beverly Hills home was purchased in 2008 for $6 million and sold in 2019 for $9.1 million. 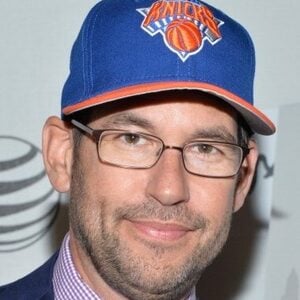