Doris Burke net worth and salary: Doris Burke is an American television analyst who has a net worth of $4 million. Doris Burke was born in Manasquan, New Jersey in November 1965. She is best known for being an NBA analyst for ESPN and ABC. Burke previously worked as an analyst for WNBA games on the MSG network and also worked for games for the New York Knicks. She became the first female commentator to announce a New York Knicks game on television and on radio. Burke played basketball in college for Providence and set a school record for assists. She was inducted into the Basketball Hall of Fame in 2018 and won the Curt Gowdy Media Award. Doris Burke was inducted into the Providence College Hall of Fame in 1999. She has also been inducted into the Institute for International Sports Scholar Athlete Hall of Fame, New England Basketball Hall of Fame, and North Providence Hall of Fame. She won the NCAA Silver Anniversary Award and a USA Today Rudy Award as the Best New Face in Sports Television. 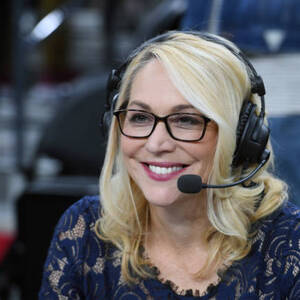