What is Donald Bellisario's net worth?

Donald Bellisario is an extremely prolific American television producer who has a net worth of $500 million. Donald Bellisario earned his fortune by creating iconic television shows which include the "Jag," "Quantum Leap," "Magnum , P.I." and "NCIS."

Bellisario was born on August 8, 1935 in Cokeburg, Pennsylvania. His father, Albert Jethro (AJ) Bellisario, was of Italian American descent, and his mother, Dana (née Lapcevic) Bellisario, was of Serbian-American heritage. Bellisario served in the U.S. Marine Corps for four years (1955-1959), rising to the rank of Sergeant before earning his bachelor's degree from Penn State — he majored in journalism. Bellisario's first job after graduating was as a copywriter for an advertising agency. Just three years later Bellisario was made creative director of the Bloom Agency in Dallas, Texas. After this, in the early 1970s, Bellisario moved from Pennsylvania to Hollywood to pursue his dream of becoming a screenwriter.

Bellisario would go on to create some highly successful and lucrative TV shows that have earned him a fortune — a huge number of which have gone into syndication, which is something that every TV show aspires to accomplish. Bellisario started working under TV producer heavies like Glen A. Larson and Stephen J. Cannell. It was working under mentors like these that Bellisario adopted several successful TV production techniques. Bellisario became an early champion of using a small, selected pool of actors in his many productions — a technique further emulated by successful TV and film producers to this day.

Bellisario created (or co-created) such popular TV series as "Magnum, P.I.", "Airwolf", "Quantum Leap", "JAG," as well as "NCIS". He was also a writer and producer on "Black Sheep Squadron", not to mention the cult classic "Battlestar Galactica" series during its original run. Bellisario also wrote and directed the 1988 feature film "Last Rites", starring Daphne Zuniga and Tom Berenger.

"Magnum, P.I." had a wildly successful run for eight seasons. "Quantum Leap" ran for just four seasons, although it continues to be a fan favorite and hugely influential to up-and-coming TV creators. "JAG" had a hugely successful 10-season run, while "NCIS" has been on air since 2003 and was cleared for its 17th season in 2019. All of these shows listed above are still aired all over the globe and remain in syndication to this very day.

Bellisario, understandably, was awarded a star on the iconic Hollywood Walk of Fame in 2004. This was actually referenced and shown in Season 9 of "JAG", during the episode "Trojan Horse".

After some ugly (and widely reported) disputes with "NCIS" actor Mark Harmon, Bellisario decided that it was best to retire in 2007. However, Bellisario retained the title of executive producer although it is believed that he doesn't have any creative or executive involvement with "NCIS".

Bellisario would later sue CBS over the creation of "NCIS: Los Angeles", making the argument that his contract previously negotiated and agreed upon with the network gave him the first rights to any "NCIS" spin-off in any form, not to mention share of profits from any new show that should come in the future related to "NCIS". The lawsuit resulted in a settlement before the case went to trial in 2011 — the settlement was for an undisclosed amount. 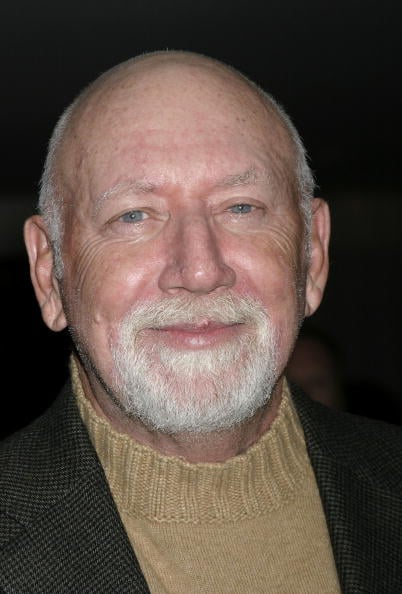 Bellisario was named a Distinguished Alumnus by Penn State in 2001, which is the highest honor the university bestows upon a graduate from their program.

Bellisario put together a $1 million Trustee Matching Scholarship for Penn State's College of Communications, stating, "It's my hope that this scholarship will also ease the financial burden of other young men and women who have defended our country to attain their academic goals."

"Belisarius Productions" was the name of Bellisario's production company — named after legendary Roman general Belisarius. "Bellisario" also happens to be an Italian-language variant.

Donald has been married and divorced several times and has several children and stepchildren. His daughter Troian Bellisario is an actress who became well-known for appearing on the series "Pretty Little Liars".

In 1998 he married a woman Vivienne Lee. Vivienne's son from a previous marriage, Sean Murray, would go on to star on Donald's show "NCIS."

Donald has long called the Santa Barbara suburb of Montecito, California home. In 2008 he paid $4.2 million for a home in Montecito. He sold the home in 2015 for $5.9 million. Interestingly, in 2020 he bought home directly across the street from his former property for $5.2 million.

In 2012 he paid $9 million for a separate Montecito mansion. 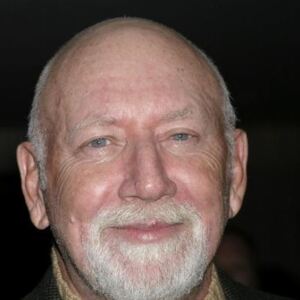