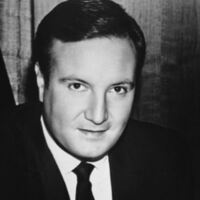 What was Don Kirshner's Net Worth?

Don Kirshner was an American music producer who had a net worth of $50 million at the time of his death. Don Kirshner was best known for managing 1960s and 1970s acts including The Monkees, Kansas and The Archies. In the late 50s, Kirshner co-owned Aldon Music, a New York based publishing company, which contracted with some of the greatest songwriters of that time –including Carole King, Neil Diamond, Paul Simon and Phil Spector. Kirshner also owned three records labels- Chairman Records, Calendar and Kirshner label. Through these record labels, Kirshner was responsible for the string of hits during the 60's. In the 70s, Kirshner also became an executive producer and creative consultant for the "In Concert" series shown alongside ABC's The Dick Cavett Show. He later went to create his own rock concert show called Don Kirshner's Concert. For his outstanding contribution to the music industry, Kirshner received the 2007 Songwriters Hall of Fame Abe Olman Publishing Award. He was inducted in the Rock and Roll Hall of Fame in 2012. Sadly Kirshner did not have the chance to enjoy the achievement – he died in 2011 from a heart failure.

Kirshner was born on April 17, 1934 in New York City, New York. He grew up in a Jewish family in the Bronx borough of the city. He was the son of Gilbert Kirshner, who worked as a tailor, and Belle Jaffe. He attended George Washington High School in Manhattan and then studied at Upsala College in East Orange, New Jersey.

After finishing college, Kirshner began working for Vanderbilt Music, a small music publishing company owned by Al Lewis, the former lyricist of Tin Pan Alley. Kirshner helped connect Lewis with Sylvester Bradford, another songwriter. Together, they wrote "Tears on My Pillow," which became a hit for the group Little Anthony and the Imperials in 1958.

Kirshner then moved on to Aldon Music, a music publishing company which he co-owned with business partner Al Nevins. A number of very prominent songwriters had contracts with Aldon Music at one time or another like Carole King, Paul Simon, Jack Keller, Phil Spector, and Neil Sedaka, among others. Kirshner himself was also instrumental in helping a number of artists launch their careers like Neil Diamon and Tony Orlando. He also discovered the rock band Kansas.

Over the course of his career, Kirshner owned three record labels. The first was Chairman Records. On that label, the Ran-Dells released the track "Martian Hop," which became a respectable national hit. However, he had greater success with his other labels. Calendar Records released early hits by the Archies before morphing into the label Calendar/Kirshner label. Under that label, Kansas released a good portion of their music.

Kirshner also worked in television. He was hired by the producers of "The Monkees" to provide hit songs to accompany the television program. He would often collaborate with writers for Aldon Music to create the catchy and engaging tracks that were used on the show. This proved rather a demanding task, considering how quickly the show was made and how often new songs were required. However, Kirshner was very successful in this role. It was through this that the tracks "Last Train to Clarksville," written by Tommy Boyce and Bobby Hart, and "I'm a Believer," written by Neil Diamond, were produced and released. 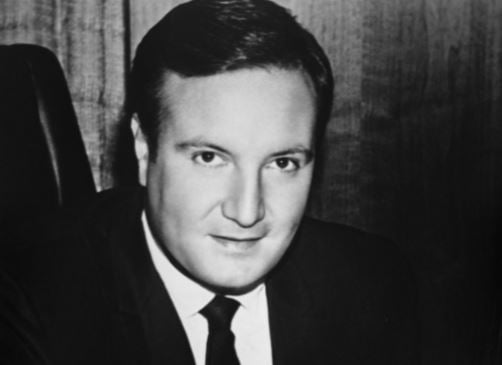 However, this arrangement only lasted until 1967. By that time, the Monkees had decided that they wanted to begin playing their own music and wanted more control over the material. After disagreements with Columbia Pictures, the studio that made the television show, Kirshner was eventually released from this role. Kirshner then moved on to work on the animated series, "the Archies," which only required managing studio musicians. He also worked as a music consultant on a number of other shows like "Bewitched" and "I Dream of Jeannie," the latter of which Kirshner worked as a consultant for 35 episodes between 1966 and 1967.

In the 1970s, Kirshner also began working as a television producer himself. He worked on a number of made for television movies and series. One of these was "Musical Chairs," a musical game show that was notable in that it was the first game show ever hosted by a Black American, Adam Wade. In 1972, Kirshner was asked by ABC Television to be the executive producer and creative consultant for their new series, "In Concert." He agreed and remained with the show for a year.

The following year, he left "In Concert" to host and produce his own weekly rock-concert program called "Don Kirshner's Rock Concert." The show featured long-form live performances, a dramatic shift from the typical televised performances which were usually lip-synced. It presented many of the most successful bands and artists of the time like Aerosmith, Paul McCartney, Led Zeppelin, the Rolling Stones, Pink Floyd, Bruce Springsteen, and the Eagles, among many others.

Kirshner's presentation style was quite unique in that it was described as rather cold and wooden. In fact, it was so noteworthy that it was later made fun of on "Saturday Night Live" by Paul Shaffer. Shaffer and Kirshner has also worked together before on the short-lived situational comedy show, "A Year at the Top." "Don Kirshner's Rock Concert remained on air until 1981. In its final season, Kirshner's daughter and son often acted as hosts for the show.

In his later years, Kirshner took a step back from working so much. However, he was still active in the industry. In 2007, Kirshner received the Songwriters Hall of Fame Abe Olman Publishing Award. In 2011, he served as a creative consultant for Rockrena, an online company created to promote new music talent. In April of 2012, Kirshner was inducted into the Rock and Roll Hall of Fame, posthumously.

Kirshner married Sheila Grod in 1959. Together, they had two children – Ricky and Daryn. In January of 2011, Kirshner died of heart failure in Boca Raton, Florida.