Don Jazzy Net Worth: Don Jazzy is a Nigerian record producer, singer-songwriter, musician, and former CEO who has a net worth of $10 million. Don Jazzy was born in Umuahia, Abia State in November 1982. He started singing and playing drums at four years old and bass guitar at 12. He was the CEO of record label Mo'Hits Records which was founded in 2004 and is currently the CEO of Mavin Records which he started in 2012.

He first signed the singer D'banj and produced his 2004 album No Long Thing in 2005. Jazzy has produced songs for artists such as Dr SID, D'Prince, Wande Coal, Naeto C, Darey, Sauce Kid, Tiwa Savage, and Ikechukwu. Jazzy collaborated with Kanye West and Jay-Z as part of the album Watch the Throne which was released in 2011. Jazzy won Producer of the Year at the 2006 Nigerian Music Awards and Music Producer of the Year at the 2007 Nigerian Entertainment Awards. He was rated the 36th most powerful celebrity in Africa by Forbes. He was part of Samsung's Built for Africa products featuring an Afro-Pop home theater. 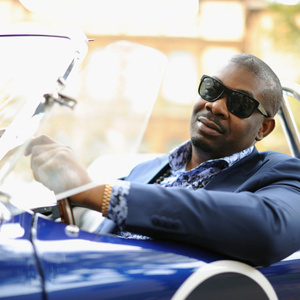