Don Buchwald Net Worth: Don Buchwald is a talent agency owner who has a net worth of $150 million dollars. Don Buchwald is the owner of Don Buchwald & Associates talent agency. When Don Buchwald founded his agency in 1977, with his five associates, the company soon emerged as an industry leader and has since grown into a bi-coastal force in the entertainment industry. In New York City, DBA is housed on six floors of its own office building in midtown, between Madison and Fifth Avenues. In Los Angeles, DBA occupies a 12,000-square-foot office complex at 6500 Wilshire Boulevard, overlooking the heart of L.A. Don Buchwald & Associates is a full service talent agency. Their Commercial and Broadcast Departments in New York were the original cornerstones of the business, and continue to be recognized as highly influential in the marketplace. Today they offer representation in all areas of the entertainment industry including film, theater, literary, television and film packaging. They also have a Personal Appearances department, a Syndication Arm (for radio, television and the internet) and a Young Talent department in New York. In May 2011, it was announced that DBA was joining forces with West Coast-based talent agency Fortitude. Fortitude founders/partners Ben Press and Michael McConnell and DB&A executive vice president Julia Buchwald serve as co-heads of Don Buchwald & Associates/Fortitude.

Don Buchwald & Associates are probably best known as the longtime agency representing radio host Howard Stern. Over the decades, Buchwald has personally negotiated an estimated $2 billion worth of contracts for Stern from his time on Viacom terrestrial radio to his current deal on SiriusXM. Stern's first contract with Sirius was worth $500 million over five-years. He re-upped in 2010 with another five-year $500 million deal. In December 2015 he signed a new 12-year deal with Sirius. This latest deal is believed to pay Stern $80 million per year that covers a salary for himself, salaries for his staff and production costs for the show. By the time this latest deal is up, Stern will have personally earned over $1 billion (excluding production costs) in salary during his time at Sirius. 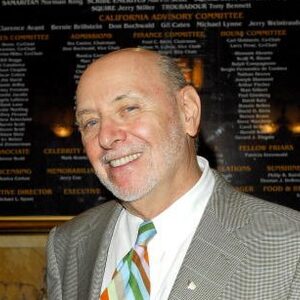