DJ Skee net worth: DJ Skee is an American DJ, producer and entrepreneur who has a net worth of $10 million. In addition to being a DJ/radio personality, Skee has a production company, Skee TV, which has over quarter of a billion views on YouTube. At the age of 15, the New Yorker created mixtapes and gained fame in Minnesota, where he was raised.

Soon after, the then 16 year old worked for a local radio station in Minneapolis. After a year, he left the local radio station to work alongside Steve Rifkind at Loud Records in Los Angeles. Skee is currently hosting his own show on Satellite Radio, KIIS-FM and Sirius XM Satellite Radio. A notable DJ, Skee plays at big events including the Grammy awards and NFL Superbowl. He also owns a six-piece band called SKEETOX, where hip-hop heavyweights, Ice Cube, Snoop Dogg and Lil Jon have been special guests. Skee is also a budding entrepreneur and was named by Billboard magazine as one of the most influential "Power Players": 30 Under 30 in 2010. He was responsible for the successful campaign of T-Mobile Sidekick as well as launching Skee Sports in 2011, working with well-known athletes. Skee released his first EP, Because of You, under his record label, Skee Records. The EP stormed to the top spot on the iTunes Pop Music charts. In 2012, Skee (for the second time) was named one of the most Influential "Power Players": 30 Under 30 in 2012. 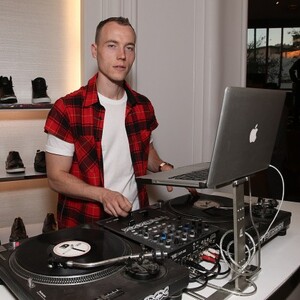