What is Desmond Child's Net Worth?

Desmond Child is an American musician, professional songwriter, and producer who has a net worth of $200 million. Child was instrumental in the creation of more than 80 Top 40 singles, including Bon Jovi's "Livin' On A Prayer," Aerosmith's "Dude Looks Like A Lady," and Ricky Martin's "Livin' La Vida Loca." He has collaborated with many popular artists, such as Michael Bolton, Kelly Clarkson, Cher, KISS, Tina Turner, Joan Jett & The Blackhearts, Roxette, and Alice Cooper. Desmond has also co-written an autobiography, "Livin' on a Prayer: Big Songs Big Life," with David Ritz.

In a documentary about the making of Sisqó's 1999 hit "Thong Song," it was revealed that Sisqó didn't get permission to use the line "livin' la vida loca" before releasing the track. As a result, the majority of the song's publishing income goes to Desmond instead of Sisqó.

Desmond Child was born John Charles Barrett on October 28, 1953, in Gainesville, Florida. He is the son of Elena Casals and Joseph Marfy, and he grew up in Miami and Ponce, Puerto Rico, where his songwriter mother taught him to play the piano at an early age. As a teenager, Child formed his first band, an acoustic collaboration with a high school friend. Desmond went on to attend Miami-Dade College, and he later moved to New York and graduated from New York University.

In 1975, Child formed the band Desmond Child & Rouge with Maria Vidal, Myriam Valle, and Diana Grasselli, and they released two studio albums, "Desmond Child & Rouge" and "Runners in the Night," in 1979. The band performed on "Saturday Night Live" in December 1979, and their song "Last of an Ancient Breed" was featured on "The Warriors" soundtrack that year. Desmond Child & Rouge disbanded in 1980. Child co-wrote the 1979 KISS track "I Was Made for Lovin' You," then followed it with Billy Squier's "You Should Be High Love" in 1980 and Cher's "Walk With Me," "When the Love is Gone," and "The Book of Love" in 1982. He wrote for KISS several more times on tracks such as "Heaven's on Fire" (1984), "Radar for Love" (1985), and "Reason to Live" (1987). Throughout the 1980s, Desmond also wrote for Bonnie Tyler, Bon Jovi, Aerosmith, John Waite, Ronnie Spector, Joan Jett & The Blackhearts, and Alice Cooper. In 1991, Child released the solo album "Discipline," and the single "Love on a Rooftop" was a "Billboard" Top 40 hit. 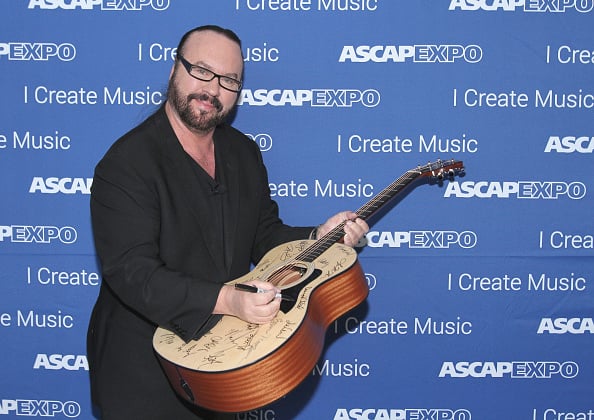 Desmond co-wrote six songs on Ratt's 1990 album "Detonator" as well as several songs on Joan Jett & The Blackhearts "Notorious" (1991), Bon Jovi's "These Days" (1995), and Chynna Phillips' "Naked and Sacred" (1995). His work as a co-writer and producer on Ricky Martin's self-titled 1999 album earned him three Grammy nominations. In the 2000s, he worked with numerous "American Idol" alums, writing songs for Kelly Clarkson, Clay Aiken, Diana DeGarmo, Carrie Underwood, Bo Bice, and Ace Young. Child has also written for LeAnn Rimes, Sebastian Bach, Lindsay Lohan, Scorpions, Katy Perry, Weezer, and Selena Gomez. He produced Meat Loaf's 2006 album "Bat Out of Hell III: The Monster Is Loose" and co-wrote six of the album's tracks, and in 2013, "Believe in Me," a song he wrote for Bonnie Tyler, was chosen as the U.K.'s entry in the Eurovision Song Contest. After the contest ended, Tyler received Eurovision Song Contest Radio Awards for Best Singer and Best Song. Desmond co-founded the Latin Songwriters Hall of Fame in 2013.

Desmond began a relationship with Curtis Shaw after meeting in 1989. They split up for a year in the late 1990s, and after reconciling, they decided to start a family. The couple welcomed twin sons Nyro and Roman on May 8, 2002, via a surrogate, and they documented the experience in 2013's "Two: The Story of Roman & Nyro." Child wrote the 1979 Desmond Child & Rouge song "The Truth Comes Out" about coming out to Maria Vidal, his girlfriend and bandmate. Desmond holds dual citizenship in America and Hungary, and in 2016, his song "The Steps of Champions" was the official anthem of anniversary commemorations of the Hungarian Revolution of 1956.

Desmond Child has been nominated for four Grammys: Best R&B Song for "Thong Song," Best Pop Album for "Ricky Martin," and Record of the Year and Song of the Year for "Livin' La Vida Loca." He won a Latin Grammy for Best Rock Solo Vocal Album for "Soy" (by Alejandra Guzmán), and he won El Premio Awards for Song Of The Year for "Livin' La Vida Loca" and "La Copa De La Vida" ("The Cup Of Life"). In 2003, Desmond earned a Primetime Emmy nomination for Outstanding Music and Lyrics for "Everyone Matters" from "It's a Very Merry Muppet Christmas Movie," and he received an Online Film & Television Association Award nomination for Best Music, Adapted Song for "Elephant Love Medley" from" Moulin Rouge!" in 2002. "Oy Vey! My Son Is Gay!!" (which Child produced) won a Silver Award for Best Music Video at the 2010 WorldFest Houston, and in 2008, he was inducted into the Songwriters Hall of Fame. Child has also won the ASCAP Founders Award (2018), TAXI Lifetime Achievement Award (2004), and NARAS Florida Chapter Heroes Award (2000). In 1999, he received a key to the City of Miami Beach, and he has been immortalized on the Miami Beach High Wall of Fame. In 1998, "La Copa De La Vida" was named the official song of the World Cup.