Dean Zanuck is a Hollywood producer and grandson of the legendary Hollywood mogul Daryl F. Zanuck who has a net worth of $20 million. In addition to his net worth and his career as a producer in Hollywood, Zanuck is currently making headlines on account of his wife Marisa, who is set to join the cast of The Real Housewives of Beverly Hills.

As a producer, Zanuck only has five feature films under his belt, but since he's only 40 years old, it would be a safe bet that he'll soon reach more prolific heights – producing films in Hollywood isn't necessarily a young man's game. And those five movies aren't exactly slouches: He began his career as a producer with the Christian Bale adventure Reign of Fire, which made few waves – however, he was instrumental in bringing Max Allan Collins' comic book The Road to Perdition to the big screen. The movie version, starring Tom Hanks and Jude Law, was a massive audience and critical success. Since then, he's produced the movies Get Low, The Tontine Massacre, and is currently working on Voices from the Stone, which is currently in production. His work as a producer isn't only restricted to movies, though: He also received an executive producer credit on the TV movie Dead Lawyers. 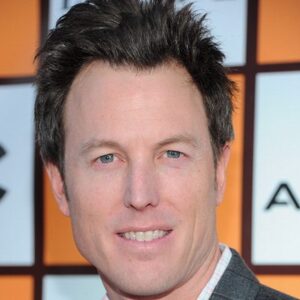