Dean Devlin Net Worth: Dean Devlin is an American screenwriter, producer, director, and actor who has a net worth of $15 million. Dean Devlin was born in New York City, New York in August 1962. Devlin founded the production company Electric Entertainment. As an actor he first appeared in the movie My Bodyguard in 1980.

Devlin had recurring roles on the television series L.A. Law in 1986 and Hard Copy in 1987. Devlin was executive producer for Godzilla: The Series from 1998 to 2000. From 2008 to 2012 he was executive producer and director for the TV series Leverage. Devlin also wrote and produced the movies Stargate, Independence Day, and Godzilla. He produced the films The Patriot, Eight Legged Freaks, Cellular, Flyboys, Transit, God's Pocket, and The Wannabe. Devlin won a George Pal Memorial Award from the Academy of Science Fiction, Fantasy & Horror Films in 1998. He also won a Universe Reader's Choice Award for Best Writing for a Genre Motion Picture for Independence Day. 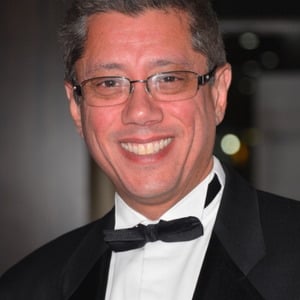