What is David Simon's Net Worth?

David Simon is an American journalist, author, and producer who has a net worth of $15 million. David Simon is best-known for co-creating/producing and writing the HBO series "The Wire," which is widely considered one of the best television shows of all time.

After graduating from the University of Maryland College Park, David Simon began working for The Baltimore Sun. Simon covered local crime and later took a leave of absence in the late '80s to write a novel. "Homicide: A Year on the Killing Streets" was published in 1991 and chronicles Simon's experiences shadowing Baltimore police. Simon won the 1992 Edgar Award for Best Fact Crime book, and the story was eventually turned into the TV series "Homicide: Life on the Street", which ran from 1993 until 1999. Simon served as the program's producer and writer. At the same time, he worked on his new book, "The Corner: A Year in the Life of an Inner-City Neighborhood", with co-author Ed Burns. It became HBO's six-hour miniseries "The Corner" and won three Emmy Awards. Simon earned the Emmy for Outstanding Writing for a Miniseries of a Movie.

David Simon later went on to create, write for, and produce the hit drama series "The Wire", which was partly inspired by his first book. Simon worked on the show from 2002 until 2008, writing dozens of episodes. He's also worked as executive producer and writer on "Generation Kill," "Treme" and "We Own This City."

Simon was born in Washington, D.C. on February 9, 1960. He is the son of Dorothy Simon, who primarily was a homemaker, and Bernard Simon, who had worked as a journalist and public relations director. He was raised in a Jewish family which had roots in Russia, Belarus, Hungary, and Slovakia. Simon had a brother named Gary and a sister named Linda.

Simon attended Bethesda-Chevy Chase High School in Bethesda, Maryland, where we worked at the school newspaper, "The Tattler." He then attended the University of Maryland, College Park where he was a writer and then the editor for the school paper, "The Diamondback."

After graduating from college, Simon worked as a police reporter at "The Baltimore Sun." He had originally attracted the attention of the paper after having written a piece on a scandal at the University of Maryland which involved the men's basketball coach, Lefty Driesell, who had threatened a girl who had accused one of his players of sexual impropriety. Impressed by the piece, the paper hired Simon to cover the city's crime beat.

Simon was captain of the writer's union, a position he held through a writer's strike in 1987 after benefits were cut. Simon remained unhappy after the strike was over and began searching for a way to justify a leave a absence. He decided to write a novel and took a year's leave in 1988. During this time, he spent a year with the Baltimore Police Department Homicide Unit. This time ultimately resulted in the book "Homicide: A Year on the Killing Streets," which was published in 1991. The book won the 1992 Edgar Award for Best Fact Crime book and it was highly praised by The Associated Press and publications like "Newsday."

Due to the success of the book, the publishers were eager to turn the story into a screen adaptation. However, there was little interest among the directors to whom they submitted the story. Simon had the idea of submitting the story to Barry Levinson, a Baltimore native and film director. He was interested in the project and created the award-winning TV series, "Homicide: Life on the Street," which ran from 1993 until 1999. Simon worked on the show as a writer and producer. He left his job at "The Baltimore Sun" to work full time on the show in 1995. The show won multiple awards throughout its run and Simon himself was recognized numerous times for his writing at the WGA Awards.

In 1997, Simon worked with Ed Burns to co-author, "The Corner: A Year in the Life of an Inner-City Neighborhood," which is a true account of a neighborhood in West Baltimore that is heavily affected by the drug market. The book was named a Notable Book of the Year by "The New York Times." Simon then co-wrote and produced a six-hour television miniseries for HBO based on "The Corner" in 2000. 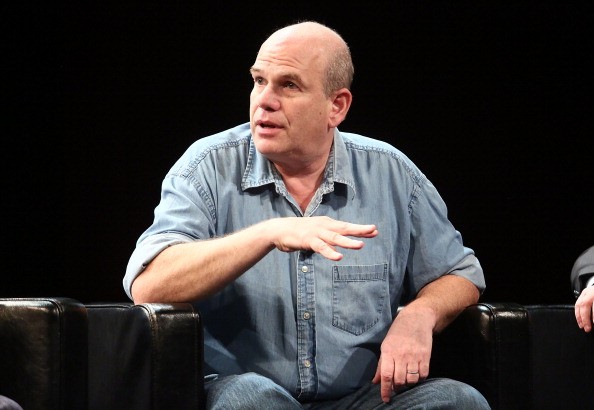 Simon then began working on the concept for a police drama based on the experiences of his writing partner, Ed Burns, who had worked a homicide detective and public school teacher. Both Simon and Burns were interested in exploring the bureaucracy associated with solving crime, with a particular emphasis on the underground drug market in Baltimore. What resulted was "The Wire," a series set in Baltimore and produced by HBO. Simon had enjoyed working with HBO on "The Corner," and appreciated the freedom he was given in storytelling.

The first season of "The Wire" premiered on June 2, 2002 and received largely positive critical reviews. However, audience members were slower to catch on, which some attributed to the show's time slot and complex storyline. Over time, however, the show has become very popular with audiences. Seasons two through five of the show were more popular with audiences and critics have praised the show creators for being able to create entirely new storylines involved new characters with each season. Simon and the writing staff were nominated for the Writers Guild of America Award for Best Dramatic Series for their work on the fifth and final season of the show.

Simon is known for creating shows and stories that feature realistic dialogue and authentic characters. He often incorporates real anecdotes into his stories and lives of his characters in order to incorporate as much real life as possible into his work.

In 1991, Simon married graphic artist Kayle Tucker. Together they had a son but their marriage ended in divorce. In 2006, Simon married best-selling Baltimore novelist and former reporter for "The Baltimore Sun," Laura Lipman. They had a daughter together in 2010. 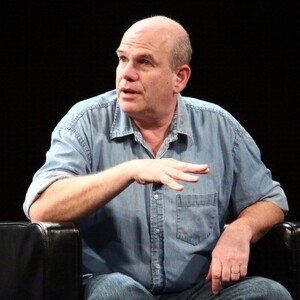