How much is David Milch Worth?

David Milch net worth: David Milch is an American television writer and producer who has a net worth of -$17 million. David Milch was born in Buffalo, New York in March 1945. He has created several TV series including Deadwood and NYPD Blue. Milch has written for and produced the television series Hill Street Blues, Brooklyn South, Big Apple, NYPD Blue, Deadwood, John from Cincinnati, and Luck. He has also worked on Bay City Blues, Beverly Hills Buntz, Capital News, L.A. Law, Murder One, and The Money. Milch has won Primetime Emmy Awards for Outstanding Writing in a Drama Series for Hill Street Blues, Outstanding Drama Series for NYPD Blue, and two for Outstanding Writing for a Drama Series for NYPD Blue. In 2006 he was awarded a star on the Hollywood Walk of Fame for Television at 6840 Hollywood Blvd. Milch also owns Thoroughbred racehorses and won the 1992 Breeders' Cup Juvenile with Gilded Time and the 2001 Breeders' Cup Mile with Val Royal.

A 2016 lawsuit revealed that Milch has gambled away a shocking amount of money. After earning approximately $100 million during his career, Milch and his wife are reportedly $17 million in debt. Milch reportedly gambled away $25 million at the Santa Anita horse racetrack over a 10 year period. The family had to sell off real estate worth approximately $13 million and now live in a small rented house. Milch is given a $40 per week cash allowance from his wife. 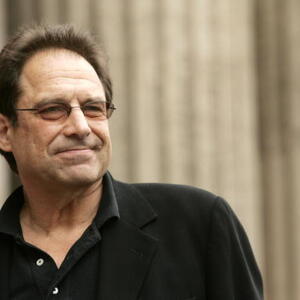