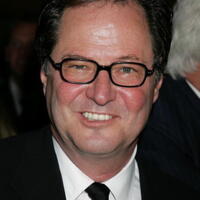 David Ladd net worth: David Ladd is an American actor and producer who has a net worth of $10 million. David Ladd was born in Los Angeles, California in February 1947. He graduated from the University of Southern California and married and actress Cheryl Ladd until the couple divorced in 1980. As an actor he first appeared in the movie Shane in 1953. Ladd went on to star in the movies Stampeded, The Proud Rebel, The Sad Horse, A Dog of Flanders, Raymie, Misty, R.P.M., Catlow, Death Line, Klansman, The Treasure of Jamaica Reef, The Day of the Locust, The Wild Geese, Captive, Beyond the Universe, and Bristol Boys. He also has appeared in episodes of the TV series Fantasy island, Kojak, Love, American Style, Gunsmoke, Shirley Temple's Storybook, and Bonanza. Ladd has produced the movies The Serpent and the Rainbow, The Mod Squad, Hart's War, A Guy Thing, and Leaving Barstow. He won a Golden Globe in 1959 for The Proud Rebel.