As of this writing, David is the third highest-grossing producer in film history with total worldwide gross of $11.5 billion. The only producers who top Heyman are Kathleen Kennedy (Star Wars – $12.9 billion) and Kevin Feige (Marvel – $22.6 billion).

He was born on July 26, 1961 in London, England, however Heyman attended school in the United States. He is the son of producer John Heyman, who was responsible for the production of films such as The Go-Between and Jesus. His mother Norma Heyman is the producer of Dangerous Liaisons and Mrs. Henderson Presents. He earned a degree in Art History from Harvard University in 1983.

His start in the film industry was as a production assistant on David Lean's A Passage to India. In 1986 Heyman became a Creative Executive at Warner Brothers. He was also the Vice President of United Artists in the late 80's and subsequently launched his independent producing career with his first film, 1992's Juice. He produced the cult "stoner" film The Stoned Age in 1994.

He decided to move back to London in 1997, to pursue working on film adaptations of books. He launched his own production company, Heyday Films, which has produced a number of notable films, including the popular Harry Potter film adaptations. At CBS in 2005 Heyman was the executive producer of the television series Threshold, and some of his more recent productions include the 2007 blockbuster I Am Legend, the holocaust drama The Boy in Striped Pajamas, and Yes Man. Heyman has received several awards including; the 2011 award of Outstanding British Contribution to Cinema for the Harry Potter franchise at the BAFTA's British Academy Awards and the CineEurope Producer of the Decade also in 2011.

David is married to interior designer Rose Uniacke, and they have one son. 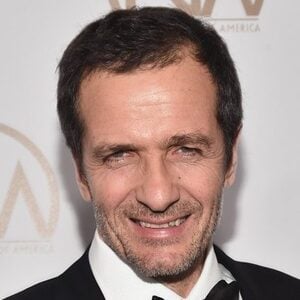