David Furnish is a Canadian filmmaker, former advertising executive, film director and producer who has a net worth of $50 million. David Furnish was born in Scarborough, Ontario, Canada in 1962 and got his Bachelor's degree at the University of Western Ontario. Shortly after college he was recruited by venerable ad agency Ogilvy and Mather.

He eventually transferred to the firm's London office as a member of the agency's Board of Directors. David Furnish is best known for his documentary Elton John: Tantrums & Tiaras. He is co-head of Rocket Pictures alongside Elton John and has produced the films "The Muppets", "Gnomeo and Juliet", "Kofi Anan", "Women Talking Dirty", and "Desert Flower". David Furnish is also a Board member of the Elton John AIDS Foundation. Furnish is a columnist for Interview Magazine and GQ as well as a contributing editor for Tatler magazine. He is married to the iconic singer Elton John. Elton John proposed to David Furnish in May 2005 during a dinner party attended by friends and family. John and Furnish cemented their civil ceremony in December 2005 on the very first day that civil partnerships were legal in England. The couple has two sons, Zachary and Elijah. 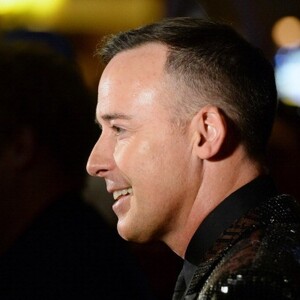