What is David Crane's net worth and salary?

David Crane is an American writer and TV producer who has a net worth of $400 million. David Crane is best known for co-creating, writing and producing one of TV's all-time biggest comedies, "Friends." He created and produced the show with writing partner, longtime friend and college alum Marta Kauffman.

Together the duo went on to produce "Veronica's Closet" (1997–2000), starring Kirstie Alley, and "Jesse" (1998–2000), starring Christina Applegate. Crane and Kauffman also co-created the HBO series "Dream On" (1990–1996), and they teamed up with composer Michael Skloff (Marta's husband) to work on several musicals, one of which was a stage version of the 1981 movie "Arthur." David and Marta also co-wrote the book and lyrics for the musical "Personals," which was nominated for a Drama Desk Award for Outstanding Musical in 1986. Crane and his life partner, Jeffrey Klarik, created the 2006 ensemble sitcom "The Class," and in 2011, they developed the sitcom "Episodes." David also produced the long-awaited "Friends" reunion, which aired on HBO Max in May 2021.

David Crane was born on August 13, 1957, in Philadelphia, Pennsylvania. He grew up in a Jewish household with mother Joan and father Gene, who was a Philadelphia news anchor. David attended Harriton High School in Rosemont, Pennsylvania, and after graduating in 1975, he earned a degree from Brandeis University in 1979.

Crane earned his first writing credit on the 1987 CBS sitcom "Everything's Relative," and in 1990, he co-created "Dream On," which aired 120 episodes over six seasons. In 1991, he  wrote for the CBS series "Sunday Dinner," and the following year, David and Marta co-created NBC's "The Powers That Be," which ran for two seasons. The two also co-created the 1993 sitcom "Family Album," and in 1994, Crane served as an associate producer on the television film "Couples."

"Friends" premiered on NBC in September 1994, and it went on to become one of the most successful sitcoms of all time, airing 236 episodes over 10 seasons. The series came in at #21 on "TV Guide's" list of the "50 Greatest TV Shows of All Time," and the 2004 series finale was watched by more than 52 million people, making it the decade's most-watched TV episode.

In 2004, Crane wrote and produced the special "Friends: The One Before the Last One – Ten Years of Friends." The show's stars, Jennifer Aniston, Courteney Cox, Lisa Kudrow, Matt LeBlanc, Matthew Perry, and David Schwimmer, reunited for "Friends: The Reunion" (also known as "The One Where They Get Back Together") more than 15 years after the series ended. Originally set to be released on May 27, 2020, during the launch of HBO Max, filming was delayed twice due to the COVID-19 pandemic, so "Friends: The Reunion" wasn't able to begin filming until April 2021.

David wrote the 1996 short film "Crashendo," and Kauffman and Crane co-created the NBC sitcom "Veronica's Closet," and both wrote for the show as well. David executive produced "Veronica's Closet" and "Jesse," and in 2006, he co-created "The Class," which he also wrote for and executive produced. "The Class" starred Jesse Tyler Ferguson, Jason Ritter, Lizzy Caplan, and Andrea Anders (who appeared on the "Friends" spin-off "Joey," which Crane and Kauffman were not involved with) and aired 19 episodes. In 2011, Crane reunited with "Friends" star Matt LeBlanc for the Showtime/BBC Two series "Episodes." The series aired 41 episodes over five seasons and earned four Primetime Emmy nominations. LeBlanc played a fictionalized version of himself on the series and won a Golden Globe Award for Best Actor – Television Series Musical or Comedy for the role. Crane and Klarik produced "The Class" and "Episodes" through their production company, CraneKlarik. 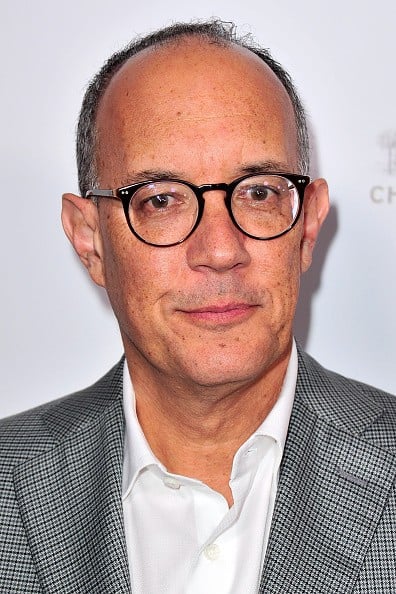 More than 30 years ago, David met Jeffrey Klarik at a dinner that was arranged by some mutual friends, and they have been together ever since. Klarik was a producer on NBC's "Mad About You," and he created UPN's "Half & Half." The couple created "The Class" and "Episodes" together, and Crane has said of "Episodes," "The two principals, Sean and Beverly? We are absolutely writing ourselves…They work together, they live together, and basically, their points of view toward the world and show business reflects ours. Jeffrey is very much Beverly — more cynical, more willing to step up to a fight. I'm more Sean — needing everyone to get along and hating conflict."

David Crane has earned eleven Primetime Emmy nominations, six for Outstanding Comedy Series for "Friends" (winning in 2002), four for Outstanding Writing for a Comedy Series for "Episodes," and one for Outstanding Individual Achievement in Writing in a Comedy Series for "Dream On." He has been nominated for five CableACE Awards for "Dream On," winning for Comedy Series in 1992 and Writing a Comedy Series in 1993. "Friends" earned David an Online Film & Television Association Award for Best Writing in a Comedy Series in 2002 and a TV Quick Award for Best Comedy Show in 2004, and the series finale, "The Last One," received Gold Derby Award nominations for Episode of the Year (2004) and Comedy Episode of the Decade (2010). Crane was inducted into the Online Film & Television Association Hall of Fame in 2019, and he and Klarik received the Creative Impact in Television Writing Award for "Episodes" at the 2017 Nantucket Film Festival. David has also earned nominations from the BAFTA Awards (Best Situation Comedy) and the  Writers Guild of America Awards (Episodic Comedy and New Series) for "Episodes." 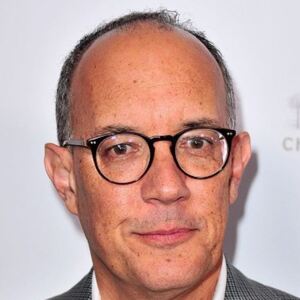