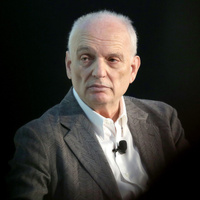 What is David Chase's Net Worth?

David Chase is an American screenwriter, showrunner, producer and director who has a net worth of $80 million. David Chase is best known for creating the hit HBO crime drama series "The Sopranos." He also created the short-lived series "Almost Grown," and produced and wrote for various shows including "The Rockford Files" and "Northern Exposure." In 2012, Chase made his feature film directorial debut with the drama "Not Fade Away," and later, was involved with the "Sopranos" prequel film "The Many Saints of Newark."


David Chase was born on August 22, 1945 in Mount Vernon, New York as the only child of working-class Italian-American parents Norma and Henry. He was raised in Clifton and North Caldwell, New Jersey. Chase had a rocky relationship with his parents, as his father constantly demeaned him and his mother tended to lash out with passive-aggressive behavior. As a teen, he struggled with depression and panic attacks. After graduating from high school, Chase went to Wake Forest University in Winston-Salem, North Carolina. During this time, he worked as a drummer, with aspirations of following a career in music. Following two years at Wake Forest, Chase transferred to New York University, where he decided to pursue a film career. He subsequently went to Stanford University's film school, from which he earned his MA degree in 1971.

Chase began his Hollywood career as a story editor on the ABC television series "Kolchak: The Night Stalker." He went on to produce and/or write episodes of such series as "The Rockford Files," "Switch," "I'll Fly Away," and "Northern Exposure." Chase earned his first of several Emmy Awards in 1978 as a producer on "The Rockford Files." Among his other notable early credits, he wrote the 1980 television film "Off the Minnesota Strip," for which he earned another Emmy Award. In 1986, he made his directorial debut with the "Enough Rope for Two" episode of the anthology series "Alfred Hitchcock Presents." Later, in 1988, Chase created the original series "Almost Grown"; despite positive reviews from critics, it lasted for only 10 episodes through early 1989.

In 1999, Chase rose from relative anonymity to international fame when he created the HBO television crime series "The Sopranos." Heavily inspired by his own experiences growing up in New Jersey, the show focuses on Italian-American mobster Tony Soprano and his struggles in balancing his life of organized crime with his family. It stars James Gandolfini as Tony, with other main roles played by Lorraine Bracco, Edie Falco, Dominic Chianese, Michael Imperioli, Steven Van Zandt, Tony Sirico, Jamie-Lynn Sigler, and Robert Iler. Numerous famous actors made guest appearances, as well, including Lauren Bacall, Annette Bening, Hal Holbrook, Ben Kingsley, Sydney Pollack, and Burt Young. Although only 30 of the show's episodes are explicitly credited to Chase, he had an integral role in all of the scripts. Moreover, he directed and wrote both the pilot episode and the series finale.

"The Sopranos" ran for six seasons through 2007. Over the course of its run, it racked up 21 Emmy Awards, five Golden Globe Awards, and Peabody Awards for its first two seasons. The show is widely considered to be one of the greatest television series ever made, and is recognized as a milestone in ushering in a new golden age for the television industry. Multiple subsequent series centered on dark characters, such as "The Shield," "Rescue Me," and "Breaking Bad," are considered to be significantly influenced by the legacy left by "The Sopranos." 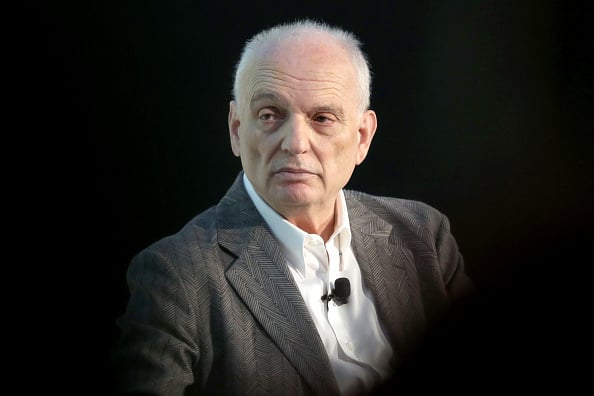 Chase transitioned to film directing in 2012 with the release of his coming-of-age drama "Not Fade Away." The film revolves around the lead singer of a fictional teen rock band in 1960s New Jersey, and has a cast featuring John Magaro, Bella Heathcote, Molly Price, Christopher McDonald, Lisa Lampanelli, Brad Garrett, and Jack Huston. Additionally, it features "Sopranos" star James Gandolfini in a supporting role as the main character's father.

Chase's next big film came in 2021, when he had writing and producing credits on the crime drama "The Many Saints of Newark." A prequel to "The Sopranos," it centers on the racial tensions between Italian-American and African-American communities in Newark, New Jersey in the 60s and 70s. The film stars James Gandolfini's son Michael Gandolfini, who plays a younger version of Tony. Other cast members include Alessandro Nivola as mobster Dickie Moltisanti; Leslie Odom Jr. as Harold McBrayer; Vera Farmiga as Livia Soprano; Jon Bernthal as Johnny Soprano; Corey Stoll as Junior Soprano; Billy Magnussen as Paulie Walnuts; and Ray Liotta as the twin Moltisanti brothers.

Following his graduation from New York University in 1968, Chase relocated to California and wed his high school sweetheart Denise Kelly. Together, they have a daughter named Michele, who appeared in six episodes of "The Sopranos" as the character Hunter Scangarelo.

In 2012 David paid $9.65 million for a penthouse apartment in New York City's Chelsea's neighborhood. He sold this apartment to professional tennis player Milos Raonic in April 2019 for $7.6 million.

In December 2019 David and Denise paid a little under $7 million for a home in Santa Monica, California.