What Is Darren Star's Net Worth?

Darren Star was born Darren Bennett Star on July 25, 1961, in Potomac, Maryland. He grew up in a Jewish household with mother Deborah (a freelance writer), father Milton (an orthodontist), and siblings Bonnie and Marc. Darren attended Wyngate Elementary, Cabin John Junior High School, and Winston Churchill High School, and he began writing plays as a child. After graduating from high school, Star enrolled at the University of Southern California before transferring to UCLA to study creative writing and English.

Darren's first TV series, "Beverly Hills, 90210," aired on Fox from 1990 to 2000 and was inspired by his own experiences as a teenager. He executive produced the series from 1992 to 1995, directed the 1991 episodes "Spring Dance" and "A Walsh Family Christmas," and wrote several episodes. "Beverly Hills, 90210" aired nearly 300 episodes over 10 seasons and earned Golden Globe nominations for Best Television Series – Drama in 1992 and 1993. The show was inducted into the Online Film & Television Association TV Hall of Fame in 2018. Star's next show, "Melrose Place," aired from 1992 to 1999 on Fox, and he executive produced the series during the same period that he produced "Beverly Hills, 90210." "Melrose Place" ran for seven seasons, and Darren wrote numerous episodes. In 1993, the show won a GLAAD Media Award for Outstanding Drama Series and a People's Choice Award for Favorite New TV Dramatic Series. Next, Star created, executive produced, and wrote seven episodes of the primetime soap opera "Central Park West," which aired on CBS from 1995 to 1996. In 1998, he created HBO's "Sex and the City," and he executive produced the series from 1998 to 2000, directed the episodes "The Monogamists" (1998) and "Twenty-Something Girls vs. Thirty-Something Women" (1999), and wrote 12 episodes. The series has led to two films, "Sex and the City" (2008) and "Sex and the City 2" (2010), which grossed a combined $713 million at the box office, as well as a 2021 HBO Max sequel series "And Just Like That…" 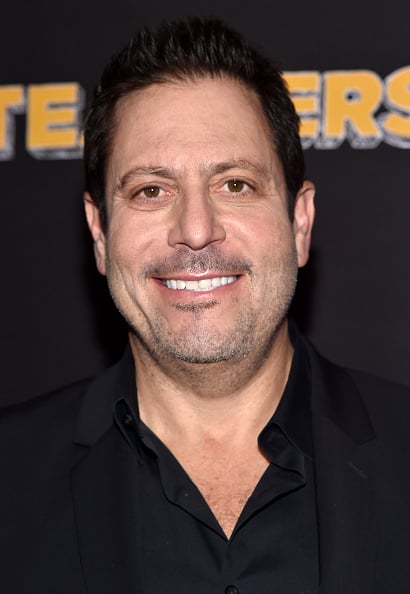 In 2000, Darren created The WB sitcom "Grosse Pointe" and co-created the Fox drama "The $treet" with Jeff Rake. Each show lasted one season, and Star executive produced and wrote for both of them. He also directed the 2001 "Grosse Pointe" episode "Passion Fish." Darren then co-created the 2003 NBC series "Miss Match" with Rake, and he executive produced the show and directed the episodes "Pilot" and "Matchmaker, Matchmaker." In 2005, he executive produced the Fox sitcom "Kitchen Confidential," which was based on the Anthony Bourdain book "Kitchen Confidential: Adventures in the Culinary Underbelly," and directed the episodes "Exile on Main Street" and "Aftermath." Star then executive produced The CW drama "Runaway" (2006) and the ABC series "Cashmere Mafia" (2008) and "GCB" (2012). In 2015, he created "Younger," which aired 84 episodes over seven seasons on TV Land, and he served as the show's executive producer during its entire run. Darren also directed the 2015 episodes "Pilot," "Liza Sows Her Oates," and "IRL," and he wrote nearly 20 episodes of the series. He then created two shows for Netflix, "Emily in Paris" (2020–present) and "Uncoupled" (2022–present), and he has executive produced and written for them as well. In 2021, "Emily in Paris" received a Primetime Emmy nomination for Outstanding Comedy Series and a Golden Globe nomination for Best Television Series – Musical or Comedy.

Darren is openly gay and has said that he's proud of creating "Melrose Place's" Matt Fielding, who, according to "GQ," was "the only gay character on TV" at the time. Star told the publication in 2022, "At the time when Matt Fielding was on 'Melrose Place,' there was a relatively, I would say, hypocritical stance in Hollywood, where gay people were living their lives in a very open way, but when it came to advertisers and talking about it to middle America, a corporate iron curtain came down in terms of saying, 'We're not really going to dramatize the truth of your lives right now because we're afraid of the advertisers.'" Darren has served on the board of directors of the nonprofit organization Project Angel Food, which delivers meals to people who are seriously ill.

In 2012, Star put his 3,000 square foot Manhattan condo on the market for $15 million. The following year he accepted an offer of $13 million for the condo.

Darren owns homes in the Hamptons and L.A.'s Bel Air neighborhood. He paid $2.95 million for his Bel-Air mansion in 1997. Today this home is likely worth $15-20 million.