Daniel Moder net worth: Daniel Moder is an American cinematographer who has a net worth of $10 million. Daniel Moder was born in Los Angeles, California in January 1969. He married Julia Roberts in 2002. Moder first worked as a production assistant for the film Crimson Tide in 1995.

He was a camera loader for the movies The Fan in 1996 and The Brave in 1997. Moder was a second assistant camera person on the movie Enemy of the State in 1998 and an additional assistant camera person for the movie The Big Tease in 1999. He also worked a s firs tor second assistant camera person for the films Tuesday with Morrie in 1999, Jerks in 2000, and Lucky Numbers in 2000. Daniel Moder was a cinematographer for the film Kid Quick in 2000. He has also worked as a camera operator or cinematographer for the movies The Mexican, Sand, Grand Champion, Full Frontal, Mona Lisa Smile, The Forgotten, Mr. & Mrs. Smith, Fun with Dick and Jane, Friends with Money, Déjà vu, Seraphim Falls, Spider-Man 3, Border, Fireflies in the Garden, Plush, Point Break, Heaven's Floor, Ibiza, and more. In 2014 he was nominated for a Primetime Emmy Award for The Normal Heart. 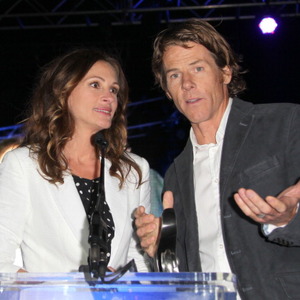