How much is Daniel Kellison Worth?

Daniel Kellison net worth: Daniel Kellison is an American television and film producer who has a net worth of $10 million. Daniel Kellison was born in New York City, New York in June 1964. He is the co-founder of the entertainment group Jackhole Productions along with Jimmy Kimmel and Adam Carolla. Kellison worked as a producer for Late Night with David Letterman and the Late Show with David Letterman. He has also executive produced and co-created the TV series David Blaine: The Magic Man, The Man Show, Crank Yankers, and The Rose O'Donnell Show. Kellison persuaded Drew Barrymore to flash her breasts on the infamous episode of the Late Show with David Letterman. He launched the YouTube channel Jash in 2013 with partners including Sarah Silverman and Reggie Watts. Kellison is a contributor for ESPN's Grantland. In 1997 he was nominated for a Daytime Emmy Award for Outstanding Talk Show for The Rose O'Donnell Show. 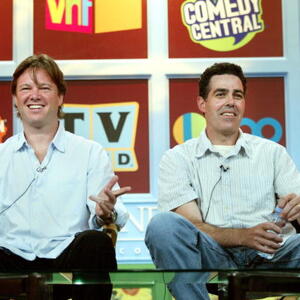