Dan Schneider net worth and salary: Dan Schneider is an American actor and television producer who has a net worth of $40 million dollars. He started out as an actor and then transitioned behind the camera, eventually becoming an extremely successful show creator and producer. He spent two decades producing hits for Nickelodeon. Dan's shows include "All That," "The Amanda Show," "Drake & Josh," "iCarly," "Victorious," and "Zoey 101."

Early Life and Acting Career: Dan Schneider was born in Memphis, Tennessee on January 14, 1966. He attended Harvard University for one semester before returning to Memphis to work on computers. He soon moved to Los Angeles to pursue an acting and writing career. He began his professional career as an actor, appearing in supporting or co-starring roles in such films as "Making the Grade", "Better Off Dead", "The Big Picture", and "Happy Together". His most notable early role was on the 80s sitcom "Head of the Class" which ran from 1986 to 1991.

Producing Career: In the early 90s, he began writing and producing for television. This would prove to be an extremely wise career transition. His first show, a teen-oriented sketch comedy called, "All That", was a massive success for Nickelodeon that ran for 10 years.

He also wrote and produced "Kenan & Kel" and "The Amanda Show", also for Nickelodeon.

He moved on to primetime sitcom work with "What I Like About You" on The WB, then returned to kid-friendly shows, writing and producing, "Drake & Josh" and "Zoey 101". His most popular show was arguably "iCarly", which ran 7 seasons and 97 episodes between 2007 and 2012. H

Stars like Ariana Grande, Amanda Bynes, Kenan Thompson and Miranda Cosgrove owe much of their success today to Dan Schneider.

Departure: Dan's relationship with Nickelodeon ended abruptly in 2018 in response to alleged misconduct. He was reportedly paid the remaining $7 million on his contract after leaving. 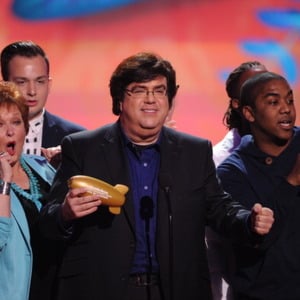