What Is Dan Harmon's Net Worth?

Dan Harmon is an American writer, actor, director, and producer who has a net worth of $15 million. Harmon is best known for creating, writing, and producing the NBC sitcom "Community" (2009–2015) and the Adult Swim animated series "Rick and Morty" (2013–present).

Dan Harmon was born Daniel James Harmon on January 3, 1973, in Milwaukee, Wisconsin. He attended Brown Deer High School, and after graduating, he enrolled at Glendale Community College in California, which inspired him to create "Community."

Early in his career, Harmon and Rob Schrab were members of the Milwaukee improv comedy group ComedySportz, and they released the album "Take Down the Grand Master" in 1996. Dan and Rob co-wrote the 1999 pilot for "Heat Vision and Jack," which was directed by Ben Stiller and featured Jack Black and Owen Wilson. Though Fox ordered the pilot, they declined to order it to series. Harmon teamed back up with Black for the 2003 web series "Computerman," which he created and starred in, and in 2007, he co-created "Acceptable.TV" and "The Sarah Silverman Program" with Schrab. "The Sarah Silverman Program" ran for 32 episodes on Comedy Central and earned nominations from the Primetime Emmys, GLAAD Media Awards, and Writers Guild of America Awards. Dan then created "Community," which starred Joel McHale, Gillian Jacobs, Danny Pudi, Yvette Nicole Brown, Alison Brie, Donald Glover, and Chevy Chase and aired 110 episodes over six seasons. In May 2012, it was announced that he was being fired from "Community" because of "creative conflicts" between Harmon and executives, but he was rehired in June 2013.

In 2010, Dan co-founded the production company Starburns Industries, which produced an Emmy-winning stop-motion episode of "Community" as well as "Rick and Morty" and the Adult Swim series "Mary Shelley's Frankenhole" (2010–2012). In 2011, he began hosting "Harmontown," a live podcast/comedy show at Hollywood's Meltdown Comics. The show started airing as a podcast on Feral Audio in mid-2012, then switched to Starburns Audio in 2018. In 2013, Harmon and Justin Roiland co-created "Rick and Morty," which has earned him two Primetime Emmys for Outstanding Animated Program. Dan also voices Bird Person on the series. In July 2017, it was announced that Harmon and Evan Katz would adapt the 1959 Kurt Vonnegut novel "The Sirens of Titan" into a TV series, and in early 2021, Fox greenlit an Ancient Greece-set animated comedy series from Dan, which was later titled "Krapopolis." 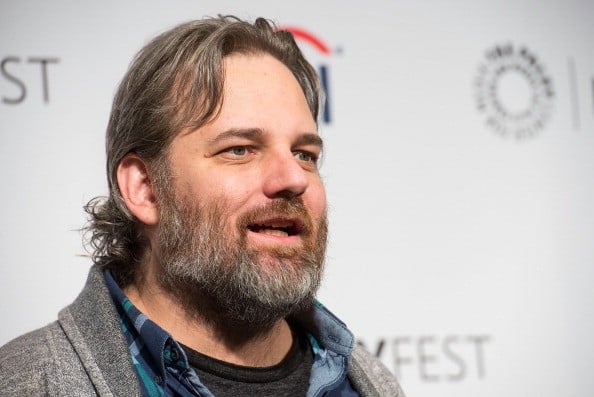 In 2011, while Dan was writing the "Community" character Abed, his research of Abed's traits led Harmon to realize that he might have Asperger syndrome. After consulting a doctor, Dan concluded that he was in fact on the spectrum. In December 2013, Harmon became engaged to Erin McGathy. They married on November 15, 2014, and they divorced the following year. Dan began a relationship with Cody Heller in 2016, and Heller proposed in January 2019. In early 2018, Harmon and former "Community" writer Megan Ganz had a Twitter conversation in which Dan admitted that he had mistreated her while she worked on the show. He wrote, "i'm filled with regret and a lot of foggy memories about abusing my position, treating you like garbage. I would feel a lot of relief if you told me there was a way to fix it. I'll let you call the shots. Til then, at least know I know I was an awful boss and a selfish baby." Harmon later apologized on "Harmontown," going into detail about the fact that he made sexual advances toward Ganz and mistreated her because she turned him down. Megan accepted his apology and called it a "masterclass in how to apologize."

In July 2018, Dan earned criticism after a 2009 comedy skit resurfaced. The video, "Daryl," was a "Dexter" parody in which Harmon acted out sexual assault against a baby. Dan apologized, stating, "In 2009, I made a 'pilot' which strove to parody the series Dexter and only succeeded in offending. I quickly realized the content was way too distasteful and took the video down immediately. Nobody should ever have to see what you saw and for that, I sincerely apologize." The video was reportedly dug up by 4chan users in an alt-right attempt to smear liberal or leftist public figures.

Harmon has received four Primetime Emmy Award nominations, winning Outstanding Original Music and Lyrics for The 81st Annual Academy Awards (which also earned him an Outstanding Writing for a Variety, Music or Comedy Special nomination) and Outstanding Animated Program for "Rick and Morty" in 2018 and 2020. Dan won a Gold Derby Award for Comedy Series and an Online Film & Television Association Award for Best Writing in a Comedy Series for "Community" in 2012, and the series earned him nominations from the Banff Television Festival (Best Sitcom) and Hugo Awards (Best Dramatic Presentation – Short Form). Harmon has also received Annie Award nominations for Best Writing in an Animated Feature Production for "Monster House" (2007) and Voice Acting in a Television Production for "Mary Shelley's Frankenhole" (2012).

In 2019, Harmon paid $3.6 million for a 6,168 square foot home in the San Fernando Valley area of Los Angeles. The home formerly belonged to actress Mimi Rogers, and it includes six bedrooms, seven bathrooms, and a Mediterranean-style pool. 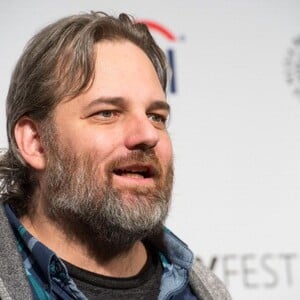